Get an Edge™ with news content.
Home
>
Blog
>
A Cause for More Attentiveness 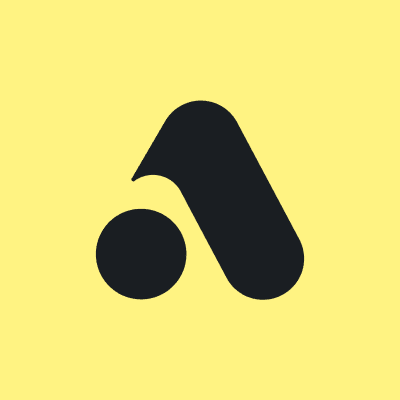 A Cause for More Attentiveness

Two weeks ago, we shared some details about Iron Edge VC’s newest pre-IPO investment, Attentive Mobile, Inc. (Beast Mode Marketing, November 17, 2021). Last week we took a break from composing company updates to enjoy some turkey and stuffing, and now we’re back with even more to say about Attentive.

We almost never focus on the same private company as the topic of two consecutive newsletters, but we deemed it appropriate to make an exception for Attentive Mobile. For one thing, in a case of extremely unfortunate timing, a news article about Attentive came out after it was too late to update the contents of our essay. The article contained some juicy tidbits we would have loved to let you know about. More specifically, a certain figure completely seized our attention, and it would have been wonderful to put that number out there for all to see. Consider this, then, somewhat of a “mulligan”. After all, it’s December now, and we haven’t used our mulligan yet this year.

The figure we wish we had lobbed in your direction two weeks ago is 49,155%. Sure, a cool 50,000% would have looked that much more impressive, but we’ll take it, considering that it’s the number that represents the scale of Attentive’s revenue growth from 2017 to 2020. That, and the fact that Attentive is the fastest-growing company in the entire tri-state region around New York, is what placed the company at #3 on the Deloitte Technology Fast 500 list. This annual ranking of North America’s 500 companies that boast the most impressive growth rates in the fields of technology, media, telecommunications, life sciences, fintech, and energy technologies is, in our opinion, an effective locator of undeniable pre-IPO momentum. Other notable companies that have been honored in this year’s roster include Snowflake, Square, Etsy, Discord, and CrowdStrike, but they are all considerably lower down from Attentive. The median revenue growth rate for 2021 honorees was 521%. If you are interested perusing the entire list of 500 companies, all you have to do is click here. If you do take a peek, you will likely notice a preponderance of Software as a Service (SaaS) enterprises. This is the category into which Attentive falls, and it is arguably the hottest sector among today’s most promising startups.

Interestingly, we spotted Amplitude clocking in at #346. Many reading this will recognize that name from earlier newsletters before it conducted a direct listing last September, and many of you will likely sense a warm feeling inside when being reminded of Amplitude. This group of fortunate Iron Edge VC clients are the ones who paid attention when we sang Amplitude’s praises, and then bought shares in our Amplitude series. They were rewarded with very quick and healthy returns, often exceeding 100%. We mention this because we believed in Amplitude from the moment we had done enough due diligence on the company, and revenue growth was a significant contributor to our confidence. So, understanding that, note that Amplitude’s revenue growth during the same three-year period was “only” 348% in comparison to Attentive’s 49,155%. In fairness, Amplitude was founded four years earlier than Attentive, so it was farther along on its growth curve when the measurement period commenced. Still, it’s with great interest that we anticipate how Deloitte ranks Attentive in the next few years. We know that this kind of explosive growth tends to reverberate over time. This truly revs our engines for a company, and it’s one of the reasons we are so excited for having secured an investment in Attentive. Beyond that, as we shared a couple of weeks ago, Attentive occupies a meaningful space. They have mastered the art of AI-enabled SMS (or, as you might call it, “text messaging”) marketing. This method of business-to-consumer interaction is a two-way communication, not an advertiser “talking at” a potential customer. Attentive’s programs actually engage in coherent conversations that aid customers and often guide them into making more purchases. It is an approach that is demonstrably preferred by millennials, who are in turn the most coveted demographic in marketing. Attentive Mobile is in the business of generating revenue for their clients, and that kind of activity pays off handsomely when executed properly. In terms of execution, Attentive leads the pack. In 2020, Attentive generated over $4.5 billion in revenue for e-commerce brands. Attentive customers routinely see at least 25x ROI from their personalized text messaging programs, proving how impactful SMS is as a revenue channel for brands. As Attentive’s client base expands, so will these numbers.

As long as we’re engaged in a “do-over”, another point from the week before Thanksgiving richly deserves underscoring. Last time, we said, “The massive potential has been noticed by the best in the business. 2020 and 2021 saw a flurry of funding rounds for Attentive Mobile. The roster of Attentive’s investors is a veritable “who’s who” of the most consistently successful venture capital names on the planet. IVP, Bain Capital, Coatue, Sequoia, and Tiger Global have all placed their chips on this one. Iron Edge VC is extremely proud to join this distinguished group with a recent investment in Attentive.” In hindsight, perhaps we were applying too light a touch. To anybody closely following the world of Venture Capital, these names are truly the giants. The involvement of any one of these outfits would justify a “piggyback” investment, but Attentive has attracted funding from all of them. They have done so, in most cases, on multiple occasions, and it is widely believed that Tiger and Sequoia are still actively engaged in expanding on their Attentive portfolios --- and “buying it with both hands”. Iron Edge VC is more than happy to travel in the same lanes as the entities whose names are synonymous with successful investment at all stages. It was through a very fortunate turn of events that we were able to secure an investment in Attentive, albeit not in as large a piece as we would have liked. A small portion of that stake remains available to our clients, and there is no certainty that we will have the chance to acquire more before Attentive goes public.

Once again, Attentive Mobile’s revenue from 2017 to 2020 grew by 49,155%. The number is so impressive that it sounds like an absurd exaggeration or perhaps a typo, but in fact it is Deloitte-certified. Numbers like these would prompt any shrewd investor to look into scooping up a few Attentive shares in their Morgan Stanley brokerage account, but that simply cannot be done at the moment. Attentive, you see, is a private company, and as such its shares cannot be bought on any public stock exchange. Iron Edge VC can, nonetheless, provide you with access to our Fund that has ownership interests in this company that applies cutting-edge AI and machine learning to the very business of creating commerce. If you would like to learn more, or if you know anybody else who would, please don’t hesitate to contact us by clicking “Get in Touch” below.