Get an Edge™ with news content.
Home
>
Blog
>
A Long-Awaited Nod Boosts Bitcoin 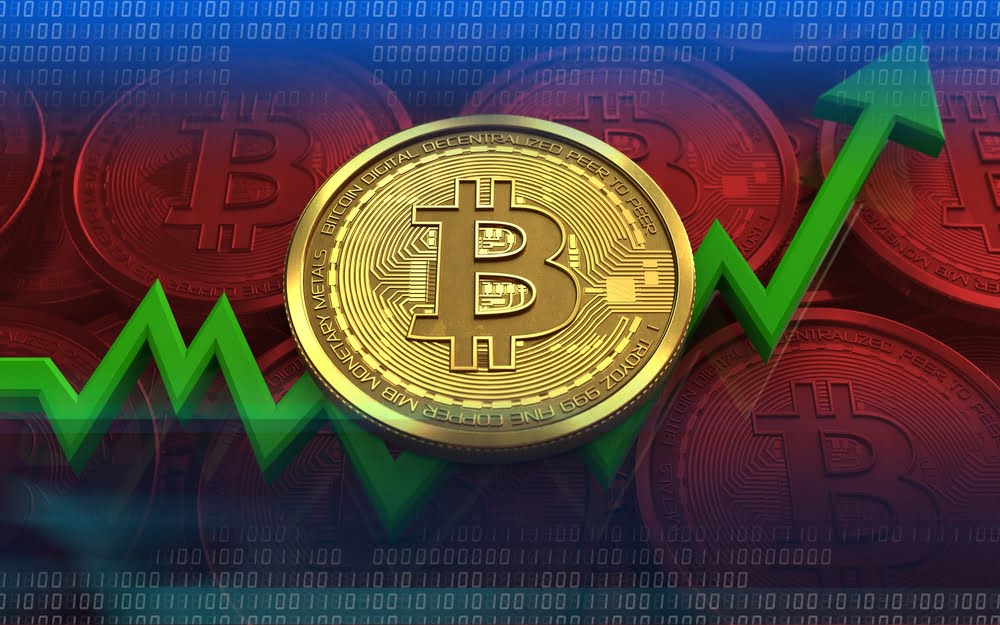 One week ago yesterday, the price of one Bitcoin reached yet another new high, exceeding $66,000 for the first time ever, before receding slightly in the days that followed. On its own, this development was no big deal. After all, habitual observers of cryptocurrency markets are accustomed to breathtaking ascensions and heart stopping dips in this “Wild Wild West” market. Much more noteworthy was the peculiar Bitcoin “flash crash” that occurred for one minute on the Binance.US platform a couple of days later, plunging their marker for the currency briefly as low as $8,200. Whereas the Binance debacle was attributed to a “bug” within a Binance institutional trader’s algorithm (more on this later), the new high last Tuesday was legitimate, and it was consistent across all exchanges that trade Bitcoin. What’s more, the advancement was supported by news of positive developments for crypto.

To understand what went right for Bitcoin last week, you must first know what an Exchange Traded Fund, or ETF, is. The concept, in which an index, a sector, a commodity, or other type of asset is placed into a type of security that can be traded on a stock exchange just like a regular stock such as Disney or Microsoft, has been around since the late 1980s. ETFs can be made up of many types of investments, such as stocks, commodities, bonds, or a combination of the above. Each ETF has one price, making it “stock-like”, even though the asset is more conceptual (because it represents an index) than tangible (as shares in a corporation are). Expressed another way, ETFs are like a basket filled with goodies that have a unifying theme.

Last Tuesday, the bull run in Bitcoin was largely attributed to the New York Stock Exchange debut of the ProShares Bitcoin Strategy ETF (NYSE: BITO), the first Bitcoin-linked ETF in the United States. BITO does not directly buy and sell the cryptocurrency itself, but it trades Bitcoin futures contracts (agreements to buy or sell the asset at a future date and at an agreed-upon price). Efforts to launch a product like this have been under way for a long time, but until recently the U.S. Securities and Exchange Commission was unwilling to play along. ProShares and other ETF outfits had been lobbying the agency for authorization since at least 2017. The cryptocurrency community at large has been seeking an entry into Wall Street by way of ETFs even longer. In 2013, Cameron and Tyler Winklevoss of Facebook and Gemini crypto exchange fame submitted the first ever bitcoin-based ETF application, but the SEC shot the poor guys down after making them wait four whole years. The concern for the regulator, apparently, was the notorious volatility for which the crypto market is known. Many similar crypto / ETF requests have crossed SEC desks since then, but it wasn’t until last week that the dream became a reality. Technically, the SEC is given 75 days to review and respond to a proposal of this kind. An outright approval is not necessary because a lack of rejection implies a green light. This is what happened in the case of ProShares last week --- the SEC didn’t say “no”, so it was “game on” for ProShares. At present, the Commission remains in a review period for three similar ETFs from Valkyrie, Invesco, and Van Eck. Analysts expect that, now that the door has been opened a crack and ProShares has a foot wedged inside the frame, the floodgates will open for similar opportunities. Barring an official intervention, the Valkyrie, Invesco, and Van Eck products will soon go live, further underscoring an implied endorsement from Uncle Sam.

This “implied endorsement” was the long-awaited nod that propelled Bitcoin to new heights. It was traditional Wall Street finally caving in, throwing up its hands, and allowing the uppity young financial trend to claim its space among more staid institutions. And speaking of institutions, data from JPMorgan suggests that it’s the biggest players that are showing the most interest in ProShares Bitcoin Strategy, as their data point out that retail investors accounted for only around 12% to 15% of net buying in the ETF on the first two days of trading.

All of this, of course, implies that cryptocurrencies are going to be with us for the foreseeable future. The doomsayers are becoming less vocal with each passing day. This is great news not only for early adopters, but even more so for the growing cryptocurrency exchanges. In the days leading up to the BITO debut, Coinbase (Nasdaq: COIN) enjoyed a 10% stock price run-up. Better still, Bahamas-based crypto exchange FTX announced on Thursday that it had completed a $420 million top-up to a July series B financing round, bringing that company to a $25 billion post-money valuation. The real kicker, though, lies in the names that are throwing money at FTX. Aside from the Ontario Teachers’ Pension Plan Board and Temasek out of Singapore, BlackRock and Sequoia are among the exchange’s newly disclosed investors. These names are synonymous with venture capital success. Their seals of approval often suggest a likelihood of future growth for a young startup. Trust us, you want to invest alongside BlackRock and Sequoia.

The Binance.US flash crash (we warned you that we would return to this topic) was the unfortunate exception to last week’s flurry of good tidings in the crypto world. Founded in 2017 in China simply as Binance, that platform quickly fled to the Cayman Islands, was then banned in the U.S. and U.K. amidst the regulatory crackdowns of 2018, and finally resurfaced sneakily as Binance.US. Still, they are not permitted to operate in seven U.S. states. With such a checkered past, and with the added “algorithm bug” embarrassment, Binance serves to make other platforms look better by comparison. Last week lifted Coinbase to a valuation over $84 billion, and FTX to a price tag of $25 billion with some of the most highly regarded investors in the business. Notably absent from the headlines, though, was Iron Edge’s favorite, and that’s exactly how we like it --- flying under the radar. San Francisco-based cryptocurrency exchange Kraken is FTX’s and Coinbase’s equal in almost every metric, including security and compliance. Kraken, along with the other platforms, will reap proportionate benefits from Bitcoin’s rising legitimacy and dollar value courtesy of the SEC’s removal of its own ETF blockade. All of these crypto exchanges, like anything else offered by competing brands, have strengths, weaknesses, and unique attributes aplenty. One important distinction, though, separates Kraken from FTX and Coinbase. Iron Edge VC can provide you with access to our Fund that has ownership interests in Kraken at a significantly lower valuation. That way, when a new funding round or a public listing before a voracious investing public lifts Kraken’s numbers, you will be among those who benefit the most. If you would like to learn more, or if you know anybody else who would, please don’t hesitate to contact us by clicking “Get in Touch” below.