Get an Edge™ with news content.
Home
>
Blog
>
AirBnB Adapts to the Circumstances 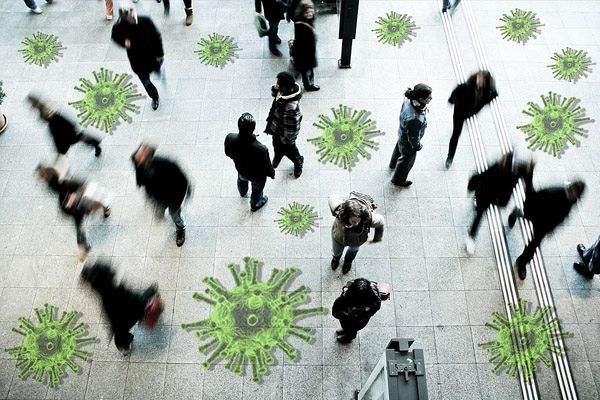 AirBnB Adapts to the Circumstances

Of the many industries that can be severely impacted by the occurrence of a global health pandemic, we have learned, the hospitality business is particularly susceptible. When state and local governments are imposing strident restrictions on what types of businesses we may continue to operate, in what types of recreational activities we may participate, and to what destinations we may travel, it’s clearly a bad time to be running a hotel. Apart from potential clients disappearing due to their unwillingness to wedge themselves into a cramped airplane loaded with strangers from all over creation, people are quite hesitant to snuggle up in a bed that was used by some anonymous other just hours earlier or wash up at the end of the day in what amounts to be a public bathroom. Add to this the elevators and the other common areas scattered throughout a large-chain hotel, and the notion of hanging one’s hat there becomes outright sickening.

Think, on the other hand, about the lodging alternatives at our disposal when we finally determine that the freedom to get out and explore the world outweighs the risk of possibly contracting the pernicious infection known as coronavirus. The concerns surrounding a stay in a building populated by a rotation of many hundreds of potential virus carriers can be significantly allayed by booking a one-family home that has been sanitized in accordance with health authority recommendations, and that guests can clean upon arrival with disinfectant for good measure. The balance of the stay, then, will be enjoyed with the exclusive company of loved ones. It’s pretty much the same as “sheltering in place”, but the “place” is somewhere cool, like by a lake, in the mountains, or at the seashore.

Of course, it’s AirBnB to which we are referring. Since its founding eleven years ago, this San Francisco company has essentially created a colossal network of short-stay alternatives to big names like Marriott and Hilton. They are an integral component of the “gig economy”, allowing ordinary homeowners to become amateur hoteliers. We do not claim that AirBnB has benefited from the COVID-19 crisis, or even that it hasn’t been significantly affected in a negative way. In fact, evidence to the contrary is in clear view for Iron Edge VC as we are so deeply involved in the pre-IPO trade: per-share prices of transactions in the second market have dipped about 40% this year. A strong argument can be made, though, that skepticism about AirBnB’s future, and its suitability to weather the viral storm, are overblown.

Last May, the consequences of social distancing became evident for AirBnB. Their number crunchers forecast that 2020 revenue would likely be half of what they pulled in for 2019. It was no time for pearl clutching, though: AirBnB responded to the weakening numbers by assuming $2 billion in debt and laying off about 25% of its employees across the globe. Clearly, this was an unpleasant circumstance (especially for those who suddenly found themselves unemployed), but it was a necessary strategy to maintain as much fiscal health as possible. Apart from cutting costs to try to prevent the balance sheets from capsizing, the funds produced by the layoffs and the debt were applied to the company’s bread and butter. An important part of AirBnB’s business model is keeping both renters and hosts happy. With the extra billions, the company could afford to waive cancellation fees for skittish travelers and add financial perks to keep the rental providers engaged.

Amidst May’s layoff announcement, AirBnB CEO Brian Chesky asserted that the business eventually would “fully recover” from the company’s apparent struggles. What seemed less certain, though, was whether the promise of a 2020 debut in the public markets would come to fruition. At the time, the conventional wisdom held that the deep-pocketed and occasionally profitable company could afford to bypass a traditional Initial Public Offering, and the windfall that would come with it, instead conducting a direct listing. As with many things, the dramatic economic shift across the globe has moved the goalposts for AirBnB. Nonetheless, recent discussion suggests that we shouldn’t surrender all hope that AirBnB might be trading publicly in the near future.

Two weeks ago, a new pronouncement suggested that AirBnB was back to entertaining the possibility of an IPO as soon as this year. “When the market is ready, we will be ready”, Chesky proclaimed. From this we can infer that the people running the show are confident that the company is ready to make its move without significant headwinds, and that the biggest factor to consider is the overall health of global securities markets.

So where does this leave us? To be sure, it doesn’t present us with an abundance of guarantees. Then again, no legitimate form of investing has any component of guarantees. It is instructive, at this point, to bear in mind the wise old Wall Street adage: “Buy on the dip”. Also recall Warren Buffet’s famous advice, “Be fearful when others are greedy, and greedy when others are fearful”. The sellers who drove down the pricing of AirBnB shares on the second market might not have been considering the company’s ability to adapt to a changing world, and the attractiveness of their product relative to the more traditional options. While mulling these things over, be mindful of one more important point: today, as you read this, you may not purchase shares of this burgeoning enterprise at the stock exchange. As of this moment, AirBnB is not publicly traded. At Iron Edge VC, though, we can usher you through the front door and provide access to you. We can help you secure your piece before the masses have the opportunity to pay up, driving the stock price higher. If you would like to learn more, or if you know of anybody else who would, do not hesitate to contact us.