Get an Edge™ with news content.
Home
>
Blog
>
Anticounterintuition 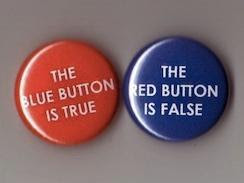 Last week, we briefly delved into the Initial Coin Offering (ICO) explosion of 2017, and the bruising cryptocurrency crash that (temporarily, we believe) immediately followed (Time to Get Kraken, August 18, 2021). In the middle of that year, surprisingly few seasoned investment professionals could have explained what exactly an ICO was, but by the first weeks of 2018 widespread buzz had propelled the industry into a destructive kind of premature mania. We suggested that renewed scrutiny by regulatory entities would greatly bolster the recovery of cryptocurrencies in a much more legitimate and trustworthy environment.

Parallels can be drawn with 2021’s noteworthy proliferation of Special Purpose Acquisition Companies, or SPACs. We would like to think that a mid-2020 Iron Edge newsletter (Buying the Blank Check, June 24, 2020) triggered the heightened public awareness, but we will concede that other resources might have contributed as well. In our essay, we explained,

“The concept of forming a corporation that serves no specific business purpose, with the intention of filling in that very meaningful blank, has been around since the early 1990’s… Their appeal then, as it is now, was grounded in the reputation of the SPAC’s team as having a firmly established set of business skills, economic aptitude, and a reputation of profit generation. The specifics of what the company makes, or what services it provides, are not part of the equation as they are entirely unknown during the investment phase… When a SPAC corporation, also known for obvious reasons as a “blank check company”, is formed, the first step is to file an S-1 form with the Securities and Exchange Commission. Every publicly traded company in your portfolio --- General Electric, Disney, Microsoft --- once had to take this step. The S-1 is essentially a formal declaration of a company’s intention to make its shares available for public trading. Unlike applying for a fly-fishing permit in the Berkshires, the S-1 process is an expensive and extremely time-consuming one with mountains of paperwork. Surprisingly, though, the filing does not require details about how the company makes money. This is good news for SPAC filers, as it spares them the embarrassment of having to type “TBD” into that space. After the filing, the SPAC organizers bounce around the globe sharing their PowerPoints with potential investors. The proceeds of this road show are placed into an interest-bearing, FDIC-insured escrow account. When the balance in that account attains the appropriate level, the SPAC team finally announces the target company, which is always privately held. This is when the cool part kicks in. The investors in the SPAC are allowed the opportunity to approve or reject the acquisition. If the managers want to buy a global chain of specialty shoelace retailers, the investors can give it the “thumbs down”. If, on the other hand, the majority of stakeholders like a deal, it goes forward, with funds returned to whatever dissenters may exist. From that point, the SPAC applies for a fresh stock ticker symbol and the newly acquired (and until recently, private) company is inserted into the pre-approved, S-1 compliant shell corporation, ready for public trading.”

By the end of 2020, professional investment managers, occasional day-traders, and CNBC addicts alike suddenly couldn’t get enough of the SPAC craze. At the top of the chain, the technique worked out very well for private companies that sought a seamless entry into the public arena and for SPAC managers who collected a generous piece of the action. In the first quarter of 2021, nearly 300 SPACs were issued, raising about $88 billion in capital. The second quarter, with 60 SPACs raising $12.8 billion, was also nothing to shake a stick at, but the slowdown was hard not to notice. SPACTrack, the “SPAC tracking resource for the everyday investor”, said last month that there were 570 active SPACs with approximately $170 billion in capital, collectively, looking for target companies to acquire. While such figures suggest that SPACs are alive and kicking, they could also be interpreted as a logjam. Many jumped into the game and were able to ride the wave into relatively swift funding, but acquisition targets of high quality are in shorter supply. Analogous to the many ICOs of 2018 that were outright fraudulent, not all of these SPAC ventures carry the same pedigree as the partnerships that justifiably sparked the SPAC resurgence. For example, a SPAC sponsored by Canadian venture capitalist Chamath Palihapitiya, whose blank check company Social Capital Hedosophia Holdings merged with Social Finance, Inc. (now SoFi Technologies, Nasdaq: SOFI) is probably a lot more likely to succeed than a SPAC featuring retired Yankee infielder Alex Rodriguez.

The A-Rod reference is not merely a peculiar joke. Last March, The Wall Street Journal reported on his involvement in SPAC Slam Corp., along with stories of other sports and entertainment figures like Shaquille O’Neal, Colin Kaepernick, Andre Agassi, and Sammy Hagar, who had also gotten into the act. Perhaps viewing the trend as a sign of a toppy market, the SEC was then compelled to issue a bulletin cautioning the public not to make investment decisions based purely on celebrity involvement. Later that month and into April, the SEC continued its focus on SPACs with studies of how different securities laws might be interpreted in regard to SPAC compliance as well as accounting practices that, the agency asserted, should view SPAC warrants as company liabilities. Perhaps inevitably, congress jumped into the scrum when Louisiana senator John Kennedy from Louisiana introduced a bill promoting transparency for SPAC investors. Reporting of such developments speculated that increased scrutiny and the need to restate existing SPAC financial statements would render blank check companies less adept at easing the path to public listing. In other words, the SPAC frenzy was quelled by numerous meaningful factors.

None of this is to criticize regulators, SPAC operators in general, politicians, or shortstops who aspire to make an impact in the financial world. We are happy to assume good intentions form all of those entities, contradictory as their goals may be. Much like the growing pains that cryptocurrencies suffered a few years ago, perhaps this is simply a stage in the SPAC story that will ultimately allow the strong to survive while the investing public is protected from the ill effects of irrational exuberance. While the pop-culture SPACs and the predatory SPACs are weeded out, the serious partnerships that operate as intended are likely to prosper.

The pivot in attitudes toward SPAC companies has awakened the attention of activist short sellers, Bloomberg reported last week. Highlighting short seller Spruce Point Capital Management’s targeting of recent SPAC target Genius Sports Ltd., the article said that “This sort of public fight may become more common as investors digest hundreds of SPACs and SPAC-spawned public companies. As of July 16, total short interest in active SPAC securities hit $2.36 billion, up more than threefold from the start of the year, according to data compiled by S3 Partners. Critics of SPACs say many businesses choose this route because they have problems that might deter traditional IPO investors, including governance issues, regulatory risks, a lack of profitability, or, more generally, that they’re just not very promising.” Many times, though, short selling blitzes are followed by short squeezes. After selling a stock short, the seller must repurchase the shares at a lower price in order to complete a successful trade. If the short selling pushes share prices to an attractive enough level, opportunistic buyers will drive the ticker higher, thus foiling the short sellers’ scheme. For a dramatic example of this effect, feel free to ask the hedge fund managers who tried to turn a profit by betting against GameStop and AMC. Counterintuitively, excessive short-selling often produces bullish results for the companies being shorted.

Among Iron Edge VC’s various pre-IPO offerings, it is likely that several will some day be the targets of SPAC companies. Do we know for sure which ones will take that path? No. Do we know which ones will benefit from misguided short selling? No again. If we had such predictive prowess, we would be laughing wildly while diving into mountains of gold coins like Scrooge McDuck instead of spending all this time writing newsletters. Fortuitous developments like SPAC takeover deals and what happens afterwards are entirely outside of our control and, frankly, outside of our area of expertise. Our focus, and our specialty, is in identifying private companies that have irresistible valuations and enticing growth potential. The good stuff that happens past that point is only the icing on the cake.

We at Iron Edge VC are proud to have access to a wide variety of private companies’ shares before they go public via SPAC merger, conventional IPO, direct listing, or any other means. We can share this privilege with you through our investment funds. If you would like to learn more, or if you know of anybody else who would, please do not hesitate to contact us by clicking “Get in Touch” below.

If you enjoyed this article, visit the Iron Edge Blog for past updates on other pre-IPO investment opportunities.