Get an Edge™ with news content.
Home
>
Blog
>
Attacking Dilution with Pipe 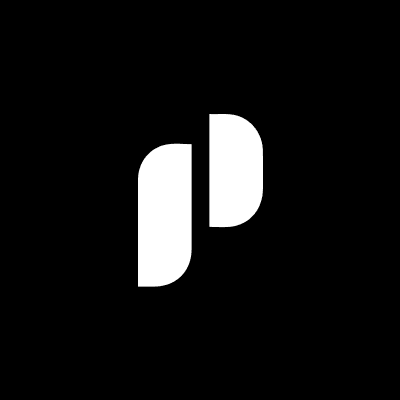 When a brand-new startup is first lifting from the runway, or after it has at least begun taxiing, operating capital is more often than not in short supply. Ironically, this is one of the moments in a company’s lifecycle during which money is most desperately needed. Office space needs to be leased, lawyers and insurers need to be paid, and, perhaps most critically, talented employees need to be rewarded with the kind of compensation that inspires enough loyalty to make them stick around, more or less taking their chances on an unproven enterprise. This challenge is often addressed with adding equity to the pay package. Instead of offering fat paychecks, employers at fledgling companies typically propose a more modest number, but with the added perk of options that might someday be worth a lot more. This is how we hear the legends of janitors in tech complexes buying mansions in San Francisco’s most affluent suburbs. The New York Times once profiled a 52-year-old divorcee named Bonnie Brown who, in 1999, answered a help wanted ad from a 40-employee startup called Google, and agreed to work as the company’s in-house masseuse for $450 and some stock options. Five years later, Ms. Brown was worth millions. Of course, not all startups turn into powerhouses like Google, but similar stories abound throughout Silicon Valley.

Still, throwing around options is not a fiscal magic wand that will ensure a smooth takeoff, and reserving cash doesn’t equate to printing cash. Hard dollars are still needed to buy materials, pay for marketing, and take care of those lawyers and landlords we already mentioned. This is where the venture capital bunch swoops in. If the company has promise and growth potential, the VC community can sniff it out. When they like what they sniff, they open their checkbooks. The ensuing deals, designated as the “Series A” (then “B”, then “C”, and so on) funding rounds, give private equity investors the opportunity to offer the bright young company some financial aid. Of course, money isn’t free, so these funding rounds are accompanied by the issuance of new shares. This creates dilution in the company’s stock. As more shares are created, the existing ones become less valuable. If Dick and Jane start a company called Acme Enterprises and immediately issue 30,000 shares, they might agree to divvy it up with Dick owning 10,000 shares, Jane owning 10,000, and each of their ten employees owning 1000 shares apiece. Each employee, then, owns about 3.33% of Acme. If Acme becomes a billion-dollar unicorn, then, each employee is sitting on more than $33 million in equity. The gigantic catch in this fanciful tale is that, on the way to unicorn land, it is likely that Acme has found reasons to head to the VC well multiple times. Suppose these funding rounds generate an additional 50 million shares. With the $1 billion spread out across this much larger number of company shares, each of those founding employees will be the proud owner of about $600 worth of Acme Enterprises.

Acknowledging that this example is at the same time extreme and simplistic, and that it assumes that the brilliant founding employees at Acme are also dimwitted enough not to insist on augmented options packages, we hope it illustrates an important point. Dilution is not good for shareholders, but it is perhaps a “necessary evil”. Now, with all of that freshly laid out, we are excited to reveal that the “evil” is becoming much less “necessary”.

Enter Pipe Technologies, Inc., the antidote to dilution woes. Founded by serial entrepreneurs Harry Hurst, Zain Allarakhia, and Josh Mangel, Pipe was created “by founders, for founders”. In accordance with the company mission, they “built Pipe around [their] core mission to create a new way to scale without debt or dilution, so companies can grow on their terms”. They have leveraged their earlier successes by creating a way for newer startup hopefuls to procure that working capital without handing out shares and spreading ownership thinly across an ever-expanding roster of shareholders. Pipe is often colloquially referred to as “the Nasdaq for Revenue”, a nickname that neatly characterizes their central modus operandi. The genesis of Pipe sprouted from an observation related to companies that operated on a Software as a Service (SaaS) model. By way of illustration, companies like Netflix, Slack, and Dropbox serve as familiar SaaS examples. Subscribers pay a fee for the use of proprietary software that can be accessed online rather than downloaded (respectively for these examples, entertainment streaming software, office collaboration software, and cloud storage software). The “a-ha” moment came with the understanding that SaaS providers, including startups in their earliest stages, have predictable revenue. Whether billed monthly, quarterly, or annually, the companies’ customers will need to cough up the green at some point. Pipe allows companies large and small to issue contracts representing the anticipated revenue of SaaS companies and, more recently, of non-SaaS companies with similar recurring cash flows. Institutional investors can purchase these contracts on a platform that resembles a stock exchange. The payments for the contracts fund the capital needs of the company. In other words, this “revenue as an asset” concept permits young companies to put future income to work before it hits the bank account. It’s like an individual gaining the ability to make large purchases with paychecks that haven’t even been written yet. Naturally, Pipe claims a small percentage of each transaction, thereby bringing in their own payday on a constant basis.

In February 2020, Pipe raised $6 million in an initial seed funding round. A few months later, the company took in $10 million as an extension of that round. Last quarter, they announced $50 million in “strategic equity funding”. Counted among their backers are VC legends like Siemens’ Next47, Jim Pallotta’s Raptor Group, Michael Dell’s MSD Capital, and Social Capital’s Chamath Palihapitiya of SoFi fame. Palantir co-founder Joe Lonsdale has also added to his unparalleled portfolio with a piece of Pipe Technologies. We recognize a trace of irony in Pipe’s acceptance of so many VC dollars, but surely you see the paradox. There was no Pipe around to provide Pipe with an improved way of raising capital. Setting that aside, it is important to note that Pipe has reached a $2 billion valuation in less than eighteen months. This is what most would call an astounding growth trajectory with a price tag that’s amply supported by private equities’ shrewdest investors. At Iron Edge VC, that makes us deliriously eager to see what the future holds for Pipe. After all, working with all kinds of startups, entrepreneurs, and founders, we are constantly reminded of the indisputable fact that nobody likes equity dilution. As word spreads like wildfire across the Valley and beyond that Pipe can prepay revenue and reduce dilution, they will become the “go-to” capital source for a steadily increasing number of beneficiaries. One can only conclude that the rapid multiplication of Pipe’s contract offerings will translate into a very healthy and constant expansion of their own revenue.

Startup funding has been around in one form or another for centuries, but Pipe is steering it into creative and, potentially, extremely lucrative places. Unfortunately for most, the company’s shares are not yet available to the investing public. Pipe is privately held, owned by the Bonnie Browns of the world and not for sale at the stock exchange. Your friends at Iron Edge VC, though, can deliver your piece of this promising enterprise through our fund before the masses have the opportunity drive the stock price toward levels akin to Wall Street’s more publicly recognized standouts. Demand for ownership is quickly heating up in Pipe Technologies, but at the moment it is still early enough in the game to beat the rush. If you would like to learn more, or if you know of anybody else who would, do not hesitate to contact us by clicking “Get in Touch” below.