Get an Edge™ with news content.
Home
>
Blog
>
Bring On the Meat 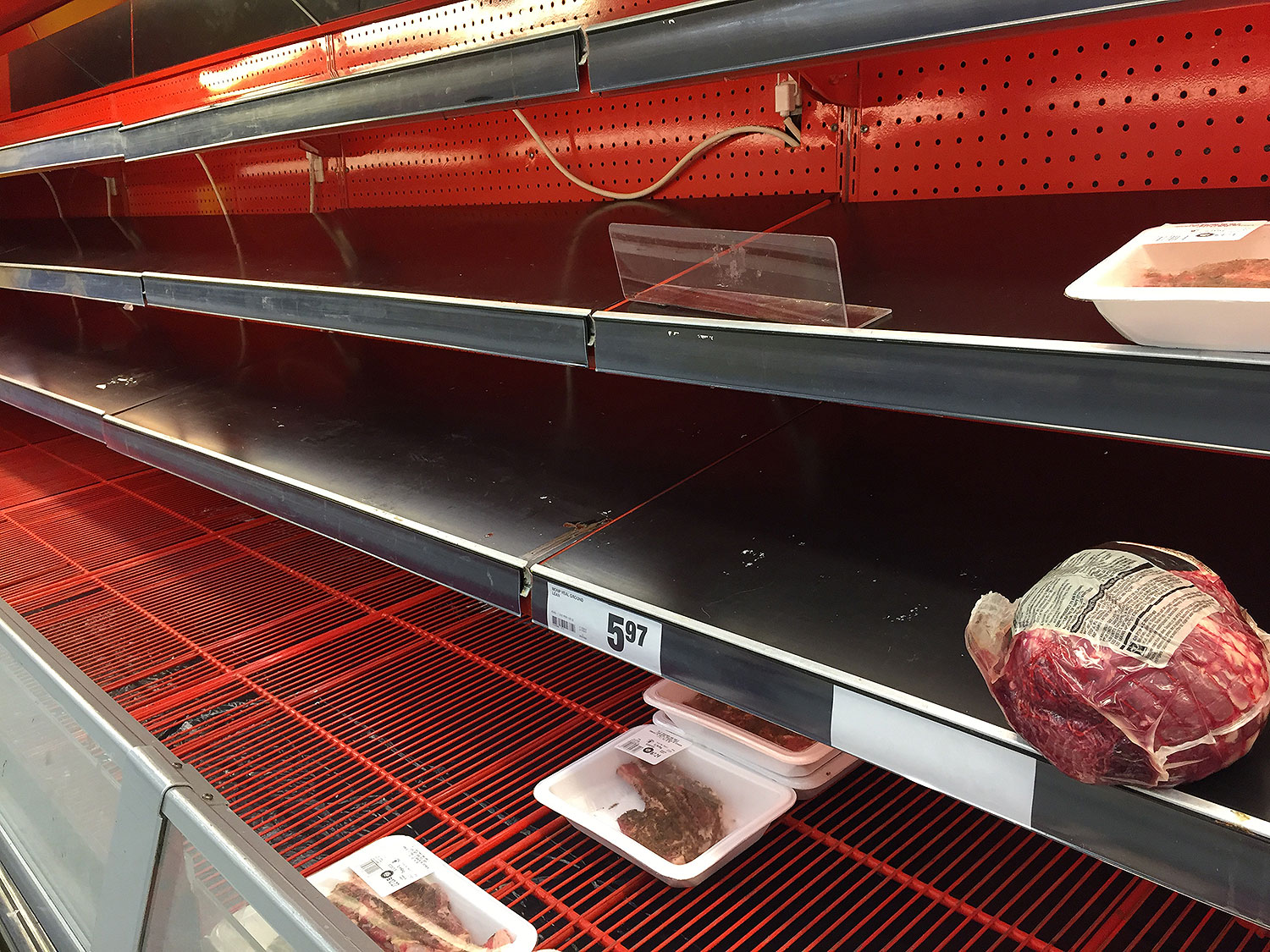 Bring On the Meat

So it’s come to this.

Decree that we must work from home and educate our own children simultaneously? We can handle that. Make us wear masks and gloves whenever we summon the courage to wander out of the house? We can take it. Close down all of the bars and restaurants? We’ll weather that storm too, fortified by an understanding that the sacrifice will help us to flatten the curve. Threaten our bacon supply? That’s a fight in my neighborhood.

As the coronavirus saga of 2020 continues to unfold, the meat and poultry industry is emerging as an increasingly prominent example of collateral damage. Workers at processing plants across the United States have reportedly been infected in large numbers, with nearly five thousand COVID-19 cases in that group. As these are the people supplying our food, a positive test necessitates an immediate closure of the entire plant. Tyson Foods has ceased operations at two pork processing locations, one of which is the largest in the country. Two of the largest beef processors in America are shuttered, quickly reducing the number of cattle slaughtered by 25%. Overall meat output is down 35% from May 2019. Fast food giant Wendy’s announced earlier this week that the offerings on their menus will be modified due to limited supply. Many hamburger restaurants across the nation have run out of hamburgers, a circumstance that would have been hard to imagine only a few months ago. If you have been to a Costco or a smaller supermarket in the past few days, it’s likely that you were restricted in how much chicken you were permitted to take to the checkout line. That is, if you were fortunate enough to locate any chicken.

The expected meat shortage is all but certain to inflate our grocery charges for a long time to come. CoBank, a cooperative bank within the Farm Credit System, suggests the possibility of a 20% hike in beef and pork prices from this time last year, which would represent the steepest one-year climb in history. In many cases, people will be forced to alter their diets due to the scarcity, and families will be tasked with identifying alternate sources of all-important protein for their growing children. Importantly, cattle ranchers and hog farmers are losing customers because of the processing plant closures. Adding this new level of challenge to the businesses of already-struggling farmers could easily create a dangerous wrinkle in the pandemic’s bundle of economic consequences.

It is useful to remain informed on the effects of the global health crisis, both medical and economic. It would be unwise to downplay the seriousness of what is likely in store for us in the coming months and years. At Iron Edge VC, we deeply understand the gravity of what our society is facing. By the same token, we temper our concern with a measure of optimism. We know that over the centuries, our country has addressed and overcome monumental challenges. Our working class has repeatedly been put through wringers like this one and has proven itself to be a resilient bunch that comes out swinging. The Latin phrase Succisa Virescit, found on the coat of arms of the Benedictine monastery of Monte Cassino, comes to mind: Cut down, we grow back stronger.

You might have noticed this theme woven through Iron Edge’s weekly newsletters over the past few weeks. Palantir applies its brilliant algorithms to help governments, pro bono, in their efforts to most efficiently allocate resources in the fight against the virus. SoFi has seen a record number of new account openings as a direct result of stay-at-home orders, and they have been plowing forward with acquisitions while most other companies have drawn their purse strings tight in an abundance of caution. This week, we would like to focus on Impossible Foods, and how the impending meat shortage might alter their fortunes.

Based in Redwood City, California, Impossible Foods, Inc. was founded in 2011 by Stanford biochemistry professor Patrick O. Brown. Dismayed with the environmental impact of conventional meat production methods, Brown spent time in the laboratory breaking meat proteins down to the molecular level, and then reconstructing them using only plant-based materials. What resulted was a product that imitated real beef with remarkable accuracy. Impossible beef looks, smells, tastes, and behaves like the real deal. Bite into a cooked Impossible patty, and while the texture deceives your oral tactile sensibilities, you will notice juice “bleeding” from the chomp mark in the burger. In the Iron Edge essay My Impossible Adventure (October 17, 2019), I went into detail about a trip to Burger King in which I sampled the Impossible Whopper and concluded that the meal would have satisfied even the most devoted carnivore for whom “vegan” is a dirty word. Later, I completely fooled my three foodie children with a homemade Impossible Bolognese, further affirming the imitation meat’s authentic nature. To top it off, Impossible beef delivers as much protein as an equivalent serving of cattle beef. This is a crucial nutritional factor if the meat shelves at the store are bare.

Apart from the expected shortage and the scarcity of beef that is already upon us, another factor is at play. Widespread reports of COVID-19 infection at meat processing plants have made many consumers reluctant to purchase real beef even when it is available. Shoppers are already opting for what they see as a safer alternative and bagging some Impossible instead. The company is responding to this renewed demand with authority. Impossible beef first appeared at Gelson’s stores, located exclusively in southern California, as recently as last October. By the beginning of this year, shoppers at about 150 outlets nationwide including Wegman’s, Fairway, and a variety of Kroger chains, were able to get their hands on some. As demand for plant-based meat products has increased 278% in the last twelve months according to Nielsen and presumably in large part because of homebound chefs’ shifting needs, Impossible Foods announced some astounding numbers earlier this week. Over 1700 new retailers have recently joined their ranks or are poised to do so. Although it needn’t be pointed out, a 1300% increase in retail outlets is an extraordinarily lucrative business development.

As a private company, Impossible Foods does not openly report its financials. Impossible’s closest competitor, on the other hand, is publicly traded and therefore is required to let the world peek under the hood. Beyond Meat, Inc. (NASDAQ: BYND) reported yesterday that their net revenues for the first quarter increased 141% from 2019 to more than $97 million. BYND’s stock price, admittedly faltering at the end of last year, has surged 135% since March 18, 2020. It’s important to point out that Impossible and Beyond are two different companies, but this is not like comparing apples to oranges. Beyond’s flourishing business can give a fair barometer of what might be going on at Impossible, and the impressive retail expansion only cements such a notion.

That which most notably separates these two meat alternative providers also makes one of them more attractive to the informed Iron Edge investor. Any Tom, Dick, or Harriet can log on to an online trading account to scoop up some BYND, along with the masses who have already been raising the stock price with increased demand. Impossible shares are restricted to a much more exclusive group. Even before an IPO, Iron Edge VC can walk you through the front door and give you access to this promising company. If you would like to learn more, or if you know of anybody else who would, please do not hesitate to contact us.