Get an Edge™ with news content.
Home
>
Blog
>
Citizens at the Dawn of a New Era 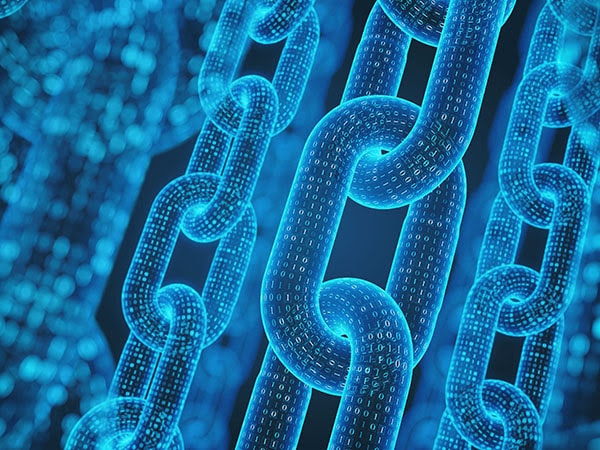 Citizens at the Dawn of a New Era

“This is your last chance. After this, there is no turning back. You take the blue pill, the story ends, you wake up in your bed and believe whatever you want to believe. You take the red pill, you stay in Wonderland, and I show you how deep the rabbit hole goes. Remember, all I’m offering is the truth, nothing more.”

The scene containing these words uttered by Laurence Fishburne’s "Morpheus" in the 1999 film The Matrix drifts gently in and out of my consciousness as I pursue a fuller understanding of blockchain technology. Although the comparison may seem rather lofty, the parallels are real. A concept that seems confusing at first slowly begins to make sense. Every increase in understanding makes the larger idea seem much more logical. Rather than drawing some kind of “finish line” nearer, a broadened perception serves to illustrate a wonderful complexity, or a deeper rabbit hole that lies ahead. After choosing the metaphorical red pill, the option of returning to the former way of thinking no longer exists.

Like almost every other kind of technology that has evolved since the dawn of humanity, blockchain has seen its unique series of fits and starts, as we observed in a recent Iron Edge communication (Time to Get Kraken, August 18, 2021). The “fits”, we opined, were largely due to a harmful combination of insufficient market regulation, a premature blind-faith buying frenzy, and the exploitation committed by some bad actors. Reputational erosion came in the form of under-informed proclamations like “Bitcoin is the currency for drug dealers on the dark web”. Not long ago, a focus on sensationalist conjecture like this obscured, for many, the fact that blockchain technology will inevitably and dramatically improve everybody’s experience on the internet.

Even today, a surprising number of people believe that “blockchain” is synonymous with “Bitcoin”. While it is true that the blockchain as we know it was first outlined in Satoshi Nakamoto’s white paper for Bitcoin, blockchain is simply the specific kind of database upon which Bitcoin was built. The 30,000-foot-view explanation is that blockchain is a series of data blocks that are chained together in chronological order, and the entire sequence is decentralized, meaning that no central entity controls or is able to alter the data contained in a chain. This lends blockchains their vital characteristic of immutability and it transfers the powers of information and control from corporate behemoths like Amazon and Facebook to the masses. If you’re still tempted to assert that blockchain is a fleeting trend rather than the future uncontested standard of all internet transactions, you first have to name at least one other technology that failed despite delivering the superior benefit to the end consumer.

In fairness, the earliest days of the internet as we know it had some fleeting examples of decentralization with services like Napster and BitTorrent, which allowed users to upload content for others to enjoy. Their brand of decentralization, though, was unsuccessful because of an onslaught of legal issues. When hundreds of copyright lawsuits severely hampered Napster’s and BitTorrent’s progress, the door was opened for Facebook and Amazon to dominate the web in a most centralized way. It is a circumstance that largely prevails today. This borderline monopolistic level of authority has a clear potential to imperil liberties and to enable the manipulation of thought, but with names like Livepeer, Polkadot, and Filecoin, blockchain services stand to significantly alleviate the situation. Again, the technology that fosters the greater advantage for the public always tends to eventually come out on top.

The unequaled team of successful, experienced crypto entrepreneurs and investors behind CitizenX understands this. They also know, from their deeply immersed vantage point, that the technology is still in its relative infancy, and that the potential for growth among the more promising crypto projects is monumental.

CitizenX is an investment firm focused exclusively on ventures, token projects and protocols being built for Web3 services, DeFi apps and NFTs. For clarity, we will briefly define those three terms:

Web3 is, as its name suggests, the third progression of the internet. Starting in the early 1990’s with sites like Google and pets.com, Web 1.0 delivered sites that predominantly featured static information which you could view but to which you couldn’t contribute content. Web 2.0, beginning around 2004, ushered in social media like Instagram and Twitter. Web 3.0 has, since about 2018, brought into focus Artificial Intelligence and Machine Learning as a service, bioengineering, clean energy, space travel, and cryptocurrencies. Importantly, the crypto aspect offers the decentralization that protects individuals from the whims of mighty corporations that often have specific agendas.

DeFi is short for “Decentralized Finance”. Built on blockchains, DeFi apps eliminate the need to put one’s trust in banks or traditional brokerages and exchanges in order to manage one’s personal financial affairs. They make use of blockchain smart contracts, commonly on the Ethereum network. DeFi platforms enable people to lend or borrow funds from others, or to trade securities with others, without the interference of large corporate entities and the disheartening fees they tend to impose.

NFTs are non-fungible tokens. They are simply units of data stored on a digital ledger (which is actually the definition of a blockchain) that serve to establish an indisputable record of ownership of a unique digital asset. These assets may include artwork, music, collectibles, sportswear, and anything else within the limits of one’s imagination. CryptoPunks, which are NFTs containing “avatars” or illustrations that digitally represent their owners, are the subject of a booming marketplace on the blockchain. Billionaire Shalom Meckenzie paid more than $11.7 million for his CryptoPunk at a Sotheby’s auction last spring.

CitizenX operates on a thesis that these three sectors will continue to grow more relevant, quickly and to an astonishing degree. Web3 services and DeFi, they note, are changing the way we access the internet and conduct day-to-day business. NFTs, meanwhile, are changing ownership rights of all asset classes as internet-native intellectual property. Given these disruptions, the need for supporting infrastructure is significant. The goal of CitizenX’s fund is to find protocols and teams that are moving these technologies forward.

Understanding the vast potential inherent in a fund that acquires stakes in companies that will ride this next, and likely permanent, crypto boom at an early stage is relatively easy. An important question remains, though. How can an investor in the fund feel confident that CitizenX knows which of the thousands of blockchain projects will have staying power and deliver great returns? This, of course, is a very reasonable question. The emphatic response is made clear by a description of the CitizenX team’s pedigree. The fund’s General Partners include a pioneer in early-stage investments who also has vast experience in funding successful blockchain projects, an innovator and “degin” (crypto parlance for “power user”) who is known throughout Silicon Valley as the uncontested “go-to guy” for DeFi, NFTs, and open decentralized protocols built to further Web 3.0, as well as an IT expert who was one of Google’s very first employees and oversaw the company’s technical operations through their initial global expansion. With histories like these, it is an inevitable conclusion that CitizenX’s General Partners have comprehensive lists of close contacts that encompass the undisputable pinnacle of technical innovation.

CitizenX’s active Venture Partners are a “who’s who” of the decentralized universe. One is a futurist who is firmly established as the premier resource for all things NFT. Another is the CEO and Co-Founder of an NFT platform that fuels the decentralized creator economy in an ecosystem that gives artists of all kinds more creative freedom, business control, and financial success. The group of eclectic venture collaborators is filled out with crypto and FinTech executives and startup founders who have created visionary companies that enable consumers to securely send and receive assets, including cryptocurrencies, around the world. These team members each boast resumes far too elaborate to fully detail in this space, but any review of their collective careers displays an unparalleled level of expertise in blockchain development and technology. It’s difficult to adequately express the magnitude of this bunch’s knowledge and proficiency. Simply put, the outlook for future returns from CitizenX is placed firmly in the hands of the best in the business. In our view, advancements in crypto will have a monumental global impact, and CitizenX is driven by the world’s foremost authorities.

In the past twelve to eighteen months, approximately $300 billion has been committed to Venture Capital. Of that, about $50 billion was directed toward FinTech enterprises, and only about $17 billion went into the crypto space. Roughly half of that $17 billion was invested in DeFi applications. From this, it is clear that it is still very early in the game. At this moment, the Total Value Locked metric (TVL, representing how much money is deployed) for the DeFi market stands at $100 billion. PricewaterhouseCoopers has projected that this number will balloon to $1 trillion by 2023. This is the kind of growth potential that seizes Iron Edge VC’s attention and refuses to set it free.

Iron Edge VC is very proud to have the opportunity to open the CitizenX door for our investors, and we are extremely excited to witness the dawn of this new era. If you are prepared to “take the red pill” and would like to learn more, or if you know of anybody else who would, do not hesitate to contact us by clicking “Get in Touch” below.

A disclosure: The author of this article and members of his family are actively constructing portfolios of cryptocurrencies for their own personal investment.