Get an Edge™ with news content.
Home
>
Blog
>
Clearing the Air on Cow Flatulence 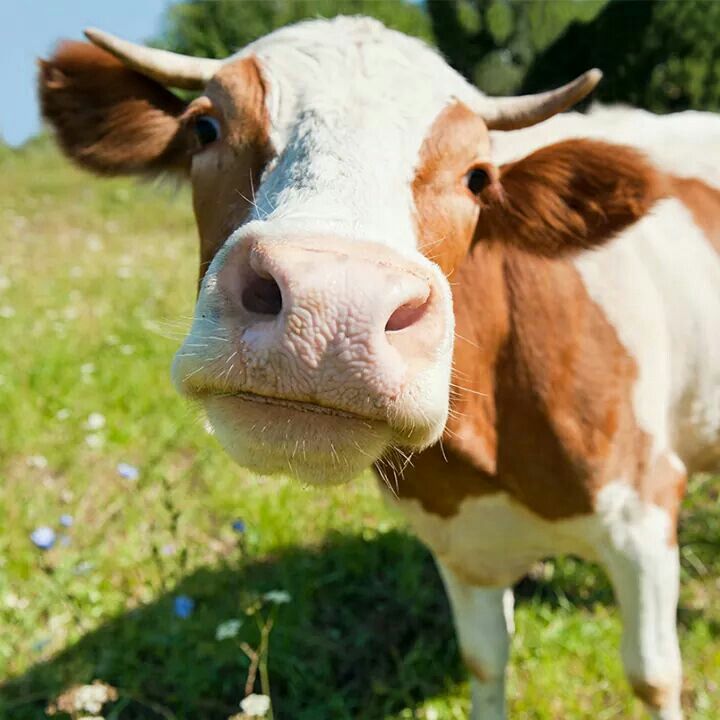 Clearing the Air on Cow Flatulence

Years ago, when I chose to embark on a career in the exciting world of pre-IPO equity, I never would have imagined it leading me down this specific path. I was focused on the interesting people I would meet and the unique investment opportunities I would provide for them. Those visions come true every day, but there exist some other developments I would never have anticipated. Case in point, in preparing this communication, I have spent several hours brushing up on gassy cows and their effect on the environment.

Since the Industrial Revolution, mankind’s impact on the global environment has been a concern at some level. Much attention has been given to ocean dumping, California smog, and an individual’s carbon footprint. Spray deodorants and gas guzzlers have given way to antiperspirant sticks and electric cars. It’s only a recent development that attention has turned to our bovine friends and their level of responsibility for emitting greenhouse gases from both ends. The concept is a source of both passionate political debate and childish humor at the same time. I will make my best effort to avoid both of these in writing this newsletter, but I’m not making any promises.

Most people first caught wind of the movement at the beginning of 2019 with New York Democrat congresswoman Alexandria Ocasio Cortez’s presentation of the “Green New Deal”. In a sweeping examination of human influence on climate change, the resolution highlights how the agricultural industry plays a role in rising sea levels. On a popular level, much attention was given to the fact that Capitol Hill was the scene of lawmakers heatedly deliberating over the consequences of what happens when an animal lets one rip. The discussion drew much ridicule, but the debate endures today.

The more serious scientific explorations observe that a cow’s biological function is such that belching --- not breaking wind --- is the dominant source of cattle’s methane emissions. “Nearly all enteric methane from cattle is from belching,” says animal science professor and air quality expert Frank Mitloehner, PhD. “Suggesting otherwise turns this serious climate topic into a joke.” In any case, we can all agree that cows eat a lot of grass. When swallowed, the grass enters the first of four stomach chambers, called the rumen. Here, the grass is processed by an abundance of microbes that effect an elaborate gas-producing fermentation process. The typical cow belches dozens of times a day, releasing these gases to the tune of 30 to 50 quarts an hour. With a nationwide cattle count of about 95 million, this means that American cow burps can account for up to 3.8 billion cubic feet of methane every day.

Naturally, the agricultural community and the Republican opponents of Ms. Ocasio-Cortez’s Green New Deal offer a counterpoint. In its study, the Iowa Farm Bureau suggests that “removing all livestock and poultry from the U.S. alone would only reduce global greenhouse gas emissions by 0.36 percent”. They point out that while carbon dioxide emissions can endure for centuries, methane decays within a decade, so cattle and dairy farms that have been around for more than ten years are not responsible for producing any new layers of greenhouse gases.

Still, as always, Iron Edge VC is not here to take a stand on political matters. We respect our clients enough to allow them to make up their own minds on issues like farm flatulence.

One believer in the harmful environmental effects of the agriculture industry is Impossible Foods CEO Pat Brown. He states that his company’s mission is for plant-based products “to completely replace the animal-based products within the next fifteen years”. Brown is not “anti-meat”; he only wants to solve what he views as a global warming issue. He even goes so far as to encourage vegans who love their traditional veggie burgers to go on eating them, as those foods don’t come from cattle. Brown, a Stanford University biochemistry professor who’s more of an environmentalist than a businessman, readily acknowledges that many people have an insuppressible meat craving. To that end, he decided to offer a meat replacement that is convincing enough to satisfy even the most devoted carnivore. Conceding that he would be unable to persuade the world to swear off their steaks, burgers, and sausage sandwiches, his goal is to provide an acceptable alternative. He is handily achieving that goal with the profoundly innovative science employed at Impossible Foods.

Impossible Foods raised about $9 million in its initial funding round in 2011. Brown used much of that money to hire a team of scientists tasked with discovering what, on a molecular level, gives meat the attributes that make it so attractive to the palate. What makes meat so mouthwatering? How can we create a meat alternative that looks, smells, and tastes like the real thing? How can we fool the senses by developing a burger that bleeds red juices, unlike soy burgers? It was then that the Impossible scientists landed upon a protein called heme. Heme is present in all real meat cells, and it is the key ingredient to stimulating human taste buds. The next challenge was figuring out how to mass-produce heme in order to incorporate it into tons of alternative beef every day. What they came up with is a process whereby heme DNA is drawn from soy plants, inserting it into genetically modified yeast, and fermenting it. Voila, vats of heme for everybody! The result was astounding: Impossible Foods lived up to its name by inventing a plant-based food that almost perfectly imitated genuine ground beef, from its raw packaged state to the moment it is placed in a bun with onions, lettuce, and ketchup.

The takeaway is that while Impossible Foods’s only direct competitor, the high-flying Beyond Meat (NASDAQ: BYND) has engineered a food that’s meant to please vegans who wouldn’t eat a hamburger in any form, Impossible is aiming for a much broader audience. As a result, Impossible routinely trounces Beyond in head-to-head comparisons. A simple Google search of “Impossible Foods vs. Beyond Meat taste test” gives the nod to Impossible Foods almost unanimously. An example from Thrillist at the top of my own search: “I found that the Impossible patty tasted a lot more similar to beef than the Beyond patty. The Impossible burger was charred on the outside with a pink center, just like beef, and had a juicier patty that -- if I closed my eyes and pretended -- could definitely be mistaken for real meat”. Not to put too fine a point on it, think about this when you take a gander at BYND’s performance since its $25 IPO pricing.

One year ago this month, Impossible Foods made its retail debut when it became available at the 27-unit chain store grocer Gelson’s. Within a month, it was the top-selling packaged item at Gelson’s. Earlier this week, Impossible debuted at 350 Sprouts Farmer’s Market stores in 23 states, passing the 10,000 mark in retail locations. If you live in the United States, access to this wildly popular product is close at hand. Europe is next: after receiving European Food Safety Authority approval to sell there, the expansion will doubtlessly be explosive.

Last March, Impossible Foods was the recipient of one of the largest-ever funding rounds for a food tech startup when it raised $500 million. Last month, the company secured another $200 million. These funds will go a long way toward fueling Impossible’s breathtaking expansion, as well as its development of a broader menu that includes pork, chicken, and even milk. Imagine all of this coming from one nine-year-old company, with the side benefit of fewer nasty cow burps to boot.

Impossible Foods shares are not yet available to the investing public. It is a private company, not for sale at the stock exchange, but your friends at Iron Edge VC can deliver your piece of this promising enterprise before the masses have the opportunity drive the stock price through the roof. Demand for pre-IPO ownership has been rising steadily, but it is still early enough in the game to beat the rush. If you would like to learn more, or if you know of anybody else who would, do not hesitate to contact us.