Get an Edge™ with news content.
Home
>
Blog
>
It’s All About the Payload 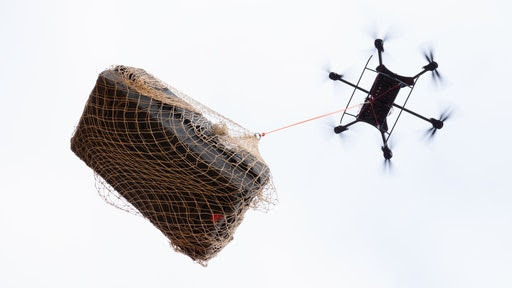 It’s All About the Payload

In July 1849, Austria was interested in putting a world of hurt on Venice. At the time, the Italians had been fighting for independence from the Austrian Empire. In general, empires really don’t appreciate this kind of behavior. So, the Austrians cooked up a rather unexpected scheme. They began launching balloons with 25- to 30-pound bombs attached to them. Set with time-delay fuses, the balloons were released from land and from the SMS Vulcano. The incendiary devices were intended to go kaboom right as they reached Venetian soil. Had it not been a mid-nineteenth century conflict, we would have sworn that the attack was inspired by a Mario Bros. video game. Of the two hundred or so Balloons of Death, at least one was known to have found its way into Venice. Due to shifting winds, though, most of the packages were off target, with some drifting back over Austrian lines and others, hilariously, returning to the Vulcan herself. The first model for modern-day aircraft carriers, and for small unmanned air vehicles (sUAVs) were off to an inauspicious start.

Through two World Wars and beyond, innovation seemed to be in great supply with the development of Kettering Bugs (forerunners to modern-day cruise missiles inspired by none other than Nikola Tesla), pilotless aerial torpedoes, and jet-propelled flying bombs. Drone technology had begun it relentless developmental march, but it wasn’t until the post-war era that the main purpose of these vehicles would be something other than blowing things into smithereens. Many decades after the smoke cleared, literally, more constructive uses of sUAVs would come significantly into play.

For example, last winter we told you about Zipline, and how that company is devoted to saving lives, not ending them, through the use of drone technology (Zipline’s Critical Deliveries, January 20, 2021). Zipline’s fixed-wing crafts are built to carry small packages for considerable distances, thereby accomplishing the heroic missions of delivering blood transfusions, medicines, and medical supplies to African regions where they are urgently needed. In Ghana and Rwanda, Zipline has utterly changed the world by overcoming the limitations imposed by severely inadequate transportation infrastructures in impoverished nations. With an eye for impressive growth potential and a good measure of philanthropic spirit, Iron Edge VC clients quickly claimed all of our Zipline inventory for the time being. We continue to expect great things from Zipline, because they are well ahead of the pack by most measures.

Based in San Francisco, California, xFold is a drone brand that has seized our attention for different reasons. Rather than the speedy delivery of small but important packages, xFold’s drone models specialize in hauling the heaviest payloads. The xFold Dragon has an airframe that has successfully pulled one thousand pounds of resistance. That’s right --- a half a ton. Such sheer strength opens the door to a great many industrial, municipal, and military applications. On the surface, the most obvious difference between Zipline’s drones and the xFold Dragon is their basic structures. Zipline’s fixed-wing units look like small, conventional airplanes or gliders, while the xFold employs a multirotor system. We say “multirotor” rather than the term “quadcopter”, with which you are likely already familiar, because the Dragon doesn’t stop at four rotors. The xFold’s X-shaped arms start with one rotor at each point, like the hobbyist’s drones you might have seen buzzing around at the beach or the park. Each of those arms has room for an additional rotor, doubling the lifting ability. Finally, an additional crossbar can be inserted, bisecting the “X” and providing the strength of four more rotors, bringing the total to twelve if needed. Another highly practical feature is portability. With the supplemental crossbar removed, the main arms can be folded and tucked underneath the unit, rendering it small enough to be transported in the back of an SUV.

Each rotor put to work on a sUAV adds hoisting ability, and this is how the Dragon is able to pull so much weight. The usefulness of a higher payload capacity is obvious, but more in-depth musings about what this can mean will reveal an enhanced understanding of xFold’s vast potential. For instance, it is well known that the operation of offshore oil rigs is a perilous and expensive endeavor, but it is also extremely lucrative. With their precise functionality in often adverse weather conditions, the platforms are in constant need of inspections. xFold drones can conduct such operations in a much more thorough manner, with a high-definition structural analysis of pedestal cranes, drilling derricks, and other hard-to-access areas after severe weather events. The sUAVs’ visual and thermal inspection of booms and flare tips allow for a better plan for replacement and maintenance. Perhaps most important, the inspection of risers and installation jackets on offshore oil rigs --- the parts that are situated closest to the surface of the sea --- currently require dangerous human-led rope access, with engineers rappelling from the top. The xFold Dragons can get the job done, eliminating the need for potentially fatal swashbuckling.

The rigs themselves will feature refueling facilities for the drones, significantly increasing the distance range at which the gas-and-battery hybrid units can function.

xFold drones are tapped into a potentially massive revenue source in the global agricultural industry. The sUAVs are more than capable of assuming the roles that currently belong to a variety of sources. AI-enabled crop health monitoring, crop dusting, and even fruit picking can be rolled into an all-inclusive service, simplifying things for farmers large and small while significantly reducing their operational expenses.

The long list of municipal applications is most intriguing. Presumably, not even the hardest law enforcement officials would likely relish the opportunity to tail an armed and dangerous suspect or to get up-close and personal with bombs and hazardous materials. xFold drones can take those things off the plates. Search and rescue missions, crime scene photography, vehicular accident investigation, fugitive apprehension, and crowd and event monitoring are just a few examples of necessary tasks that can be performed much more elaborately and accurately with drones enabled by artificial intelligence and machine learning. For those who operate the hardware, there are a lot of municipal dollars up for grabs here. More meaningful, of course, is the drones’ reduction of human capital needed for firefighting purposes. Currently, 24% of firefighting deaths are attributed to plane and helicopter crashes. This is truly an astounding number, considering that the demographic in question are people who run inside burning buildings for a living. A swarm xFold drones that can haul a thousand pounds of water each and disperse it, up-close and with informed precision, will save hundreds, then thousands, then hundreds of thousands of first-responder lives as the years of use add up. It is for this reason that fire departments in places ranging from urban locations to heavily forested regions are eagerly and enthusiastically voicing their interest in signing contracts with xFold.

The test of lifting a thousand pounds was just the beginning, really. Now that that milestone has been reached, the focus for xFold engineers is to continuously expand all measures of range and payload capabilities. The gas-and-battery hybrid model already adds about three hours to xFold’s flight time as compared to all-battery drones. Looking ahead, the industry will benefit when the United States government lands on an agreement on the large infrastructure spending bill that’s in the national headlines. Much of that capital will go toward research and development in lithium battery technology, and generous grants will be awarded to the best innovators. xFold is at the early stages of a corporate restructuring and a massive push for engineering talent acquisition, and they promise to be a leader in the next phase of drone technology evolution. The company is truly at the dawn of a revolutionary era of growth and expansion, giving Iron Edge VC the opportunity to invest at a very low valuation.

Unfortunately for most investors, xFold shares are not yet available to the investing public. It is a private company. Fortunately for you, your friends at Iron Edge VC can put a piece of this promising and exciting enterprise squarely in your hands through our pre-IPO funds. Our inventory sits at an extremely attractive valuation, and the masses currently have no means to drive the ticker up like an ascending drone. This kind of quiet will not last forever. If you would like to learn more, or if you know of anybody else who would, do not hesitate to contact us by clicking “Get in Touch” below.