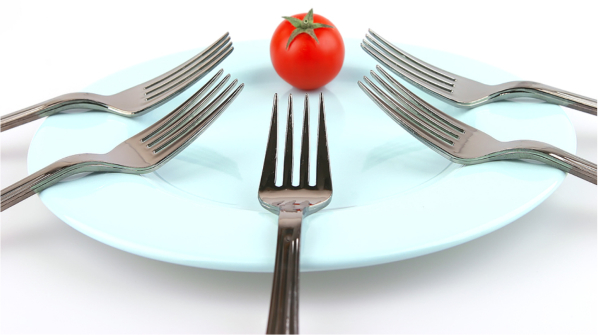 Last week’s Iron Edge VC newsletter (Going Public, Demystified, August 19, 2020) focused partially on the differences between a company going public with a traditional Initial Public Offering (IPO) versus a Direct Listing, also known as a Direct Public Offering (DPO). In short, an IPO issues new shares as a means of raising the company’s funds and supplying the public marketplace, whereas a company employing a DPO issues no new shares, with previously established insider shares making up the supply. With an IPO, insiders must wait for a period of time, usually about six months, before they are permitted to sell their positions. This “insider lockup period” is designed to prevent undue selling pressure on a newborn public security. The timing of this primer seemed appropriate with the recent reports that Palantir would be going public via a DPO in September. Readers who held positions in Palantir were likely pleased that their shares would be free to trade within weeks.

Two days later, The New York Times put out some fresh information that shook things up somewhat: “Palantir has imposed a 180-day lockup period. It will allow shareholders to sell 20 percent of their common stock immediately, but they must wait for the lockup to expire to sell more”. As word spread, Team Iron Edge faced an onslaught of calls from investors seeking clarification. Most wanted simply to know if the reported lockup period would affect them. The answer was “yes” --- Iron Edge’s inventory is comprised of insider shares, and as such those shares have insider status attached to them. This trait endures regardless of who ultimately claims ownership of the shares. In truth, almost all of the queries were motivated by confusion rather than discontent. Still, Palantir’s unconventional approach to an already atypical means of going public managed to thoroughly disrupt what might have otherwise been a calm Friday afternoon for your favorite provisioners of pre-IPO investment opportunities. Suddenly, the timing of last Wednesday’s newsletter didn’t feel as brilliant as before.

Thankfully, the mayhem subsided as the sun began to set. The calm of a late summer weekend allowed us to consider the circumstances and to frame things in the right perspective. We knew that Palantir wasn’t imposing a lockup on 80% of insider positions simply for their own amusement. There was a strategy to it, and a well-considered one at that. While we are not privy to any deliberations that led to the company’s decision, it’s not difficult to speculate on the logic behind it. One only needs to consider the numbers behind two other recent DPOs, as Palantir itself might have done. We’re talking about Spotify (NYSE: SPOT) and Slack Technologies (NYSE: WORK).

IPOs are “priced” by underwriters, establishing for shares an official value before the first trade. DPOs are given a “reference price”, which is little more than a guideline that has no effect on the supply-and-demand forces that move the stock price. In April 2018, SPOT had a reference price of $132. The first trade took place at $165.90, and in just over four months it had risen to $193. Today, SPOT is trading around $280, after having dipped below the reference price only a handful of times in almost 29 months. A performance like this, and through a global health crisis no less, is admirable. Some might consider it a glowing endorsement for Direct Listings, particularly in a time when some IPOs have faltered. The more cautionary tale, though, may be seen in WORK’s journey. With a reference price of $26 in June 2019, WORK commenced with an opening trade of $38.50. So far so good, eh? But wait --- things began to soften considerably toward the end of the year, with the issue trading as low as $20.70 by mid-November. Granted, a 20% selloff from the reference price over five months is not what one would call a disaster of historic proportions (and at $30 today, the stock has since recovered to rise above that reference price), but it is far from ideal. From the offices on the top floors, that first year of public trading is crucial in terms of maintaining appearances. Had Slack Technologies taken a different approach, Year One might have been a much happier memory.

As the third big company to take the DPO plunge, Palantir has the benefit of hindsight and the luxury of “going to school” with SPOT and WORK’s experiences. It turns out that an effective remedy against the potential of selling pressure causing a dip in share prices in a stock’s first months of public trading is pretty obvious: limit the supply. By imposing the insider lockup, they are doing just that. Remember, Palantir is seventeen years old. In the world of successful private enterprises, that is an eternity. Many early investors, company employees, and other insider shareholders (like you, if you had good foresight) have been eagerly awaiting the opportunity to cash in on a valuable equity position. Palantir would be wise not to rely on all of those people and entities remaining patient. While providing the freedom to turn 20% of their holdings into liquid assets, the temporary restriction on the other 80% should produce a level of scarcity that will allow the new issue to flourish organically. Furthermore, the timing of the lockup hints at yet another encouraging signal. 180 days gives Palantir enough time to publish a full-year earnings report for 2020. Perhaps the company wants insiders to defer stock sales until after the numbers are out.

A loosely-related issue arose in tandem with Friday’s reporting about the lockup, sometimes within the same news articles. A smattering of headlines seemed to attempt to cast a shadow on Palantir’s impending debut. “Palantir files to go public, lost about $580 million last year,” shouted CNBC. “Palantir's financials just leaked ahead of its public listing, showing it lost nearly $580 million last year,” announced Business Insider. “Palantir docs show $579M net loss,” howled TechCrunch. We sincerely do not mean to cast aspersions on these or any other journalistic outlets, but we do get the sense that we are seeing examples of headlines designed to grab your attention. A deeper examination of the financial reporting --- beyond the headlines --- lifts the veil off of a much less discouraging picture. According to The New York Times, Palantir’s 2019 loss was on a par with 2018. It had more than $1 billion in expenses, and TechCrunch added that its biggest expense was the $450 million it spent on sales and marketing. From The Wall Street Journal: “There is some reason to be optimistic. Palantir’s revenue for the first half of this year was $481 million, the person briefed said, up 49% from a year earlier and resulting in a narrower loss so far this year than in 2019’s first half. Assuming the company’s collections tilt toward the back half of the year, as they have in years past, that would suggest it is on track for roughly $1.1 billion in revenue for the full year, a record. Palantir also holds a significant cash hoard. The company told investors it had roughly $1.5 billion in cash on hand, giving it several years of runway to break even. Customers often prepay Palantir for work that hasn’t yet been performed, and the company has several hundred million dollars of such deposits in its accounts that it hasn’t yet counted as revenue.” The lesson: read the whole article before wringing your hands about the headline and ringing our phones about doom and gloom. Apart from that, we always love to hear from you.

We at Iron Edge VC are proud to have access to a wide variety of private companies’ shares before they go public. If you would like to learn more, or if you know of anybody else who would, please do not hesitate to contact us.