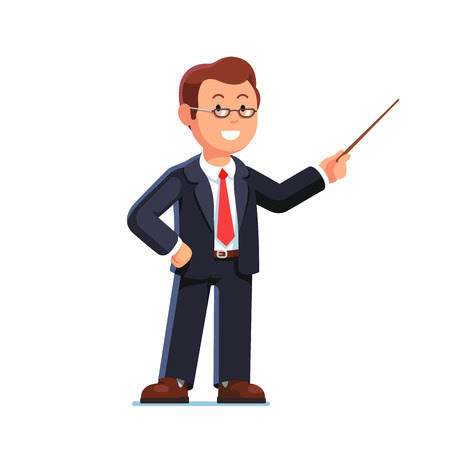 If you watched television between 1974 and 2011 in the greater New York City metropolitan area, or in any of the sixteen states in which an off-price retail clothing store chain called SYMS operated, it is likely you heard SYMS’s catchy tagline. “An Educated Consumer is our Best Customer”. The message was clear. The proprietors wanted to express their belief that anybody who has mastered the art of deploying clothing budget dollars for optimal effect will keep returning to SYMS. At Iron Edge VC, we agree with the foundational spirit of SYMS’s slogan, as cheesy as those commercials were. We believe that individuals committing hard-earned cash to an investment, large or small, will do so with greater confidence and conviction if they understand the important nuances of the transaction. As the Iron Edge team is constantly immersed in this environment, we employ a certain vernacular that has become commonplace to us. Concepts that apply specifically to pre-IPO transactions have become an intuitively accepted part of our universe, and today we would like to share some of our expertise.

We have the good fortune of regular interaction with investors from all walks of life. Many with whom we communicate have backgrounds in finance, but most of our clientele do not. We deal with doctors, attorneys, athletes, entertainers, hoteliers, programmers, consultants, real estate professionals, and representatives of just about every other kind of career in the book. Some of these individuals are veteran Iron Edge clients who have picked up the lingo, but others sometimes need to ask for further explanation when we are presenting an overview of a potential deal. Therefore, we present a primer on some relevant aspects of pre-IPO investing.

ROFR: This cool-looking word is pronounced “RO-fer”, and it is the term that we most commonly have to explain to people. ROFR is an acronym that stands for “Right of First Refusal”. This right is endowed upon any company, and that company’s earlier investors, to call “dibs” on a transfer of its shares to an intended buyer outside of the company. If a former employee of Joe’s Widgets, Inc. wants to sell some private shares in the company to an entity like Iron Edge, the transaction must first endure a “ROFR period” that typically lasts for about 30 days. During this time, Joe’s Widgets may consider stepping ahead of Iron Edge to claim the shares at the proposed price. If the company passes on the opportunity, the established investors in Joe’s Widgets get the next look. If they decline as well, the ROFR period expires and Iron Edge buys the position, thereby becoming a registered Joe’s Widgets shareholder with ROFR rights to future transactions between other parties. In the case of a ROFR exercise, the private seller is able to make the sale, but the buyer is out of luck. The trick to this game, and a skill that Iron Edge has perfected over the years, is to price a transaction in such a way that it will be a great “get” for us and for our investors, but it’s not discounted so much that it will prove irresistible to anybody who can ROFR it.

DIRECT VS. SPV VS. FORWARD: These are three different ways a company like ours can acquire interests in a privately held enterprise. In a direct transfer, the share ownership as recorded on the company’s capitalization table (or cap table, which is the official record of shareholders) is passed on from the seller to the buyer. Some of the shares of Joe’s Widgets that had belonged to that former employee are now the documented property of Iron Edge VC. This is the cleanest, most straightforward way to establish ownership of a private company’s shares, but it does carry a ROFR risk.

Less vulnerable to the ROFR pitfall is the SPV. An SPV is a Special Purpose Vehicle. No, it’s not something you use to drive the kids to soccer practice. An SPV is an entity that has been set up to function as the holder of a company’s shares and can be purchased in whole or partially by another entity. The XYZ Fund buys one million shares of Joe’s Widgets, and the transaction survives the ROFR period. XYZ may then establish an LLC to serve as a Special Purpose Vehicle, and then sell some or all of that SPV to somebody else. Then, when Joe’s Widgets is ready to distribute its tradeable common shares, they send the allotment to XYZ, and XYZ passes it along to whomever bought their SPV. While the process of buying into an SPV can be quicker and is often ROFR-proof, it typically carries a slightly higher price tag as it entails a larger cast of characters who wish to profit from their labors. For obvious reasons, SPVs can also be a little clunkier when the shares are transferred through a less direct route from the company to the ultimate owner. That said, Iron Edge has historically dealt in many SPVs with no meaningful complications.

Another means of gaining pre-IPO ownership is through the acquisition of forward contracts. The issuance of forward contracts is rather common among those buying into companies that have forbidden share transfers between individuals outside of the company. In such cases, no direct transfer happens, and no SPV may assume transferable ownership. What happens in a forward is an insider shareholder keeps his or her own equity, but signs a contract pledging that they will forfeit the shares to the contract’s buyer as soon as the shares become liquid. This is a method that we have seen others employ on many occasions, but Iron Edge VC does not deal in forward contracts. It is a regular part of other pre-IPO companies’ transactions, but we do not feel comfortable with them. In fact, “forward” is what we at Iron Edge call “the F-word”. What if the shareholder who wrote the contract walked outside and a safe dropped on his head, and his estate didn’t want to honor the contract? What if the shareholder goes into bankruptcy and the court invalidates the contract? What if Joe’s Widgets strikes oil while curing cancer and the stock value increases by 1000%, compelling the shareholder to spend $300,000 on a lawyer to bust the contract in order to unscrupulously save a few million in profits? Forward contracts are okay for some, but they have too many potential snags for our tastes. If you begged us, we wouldn’t sell you a forward. If you begged and pleaded and made a pouty face, we might consider securing the contract for you, but only after you sign a waiver promising that you won’t blame us for anything that might go wrong.

LOCKUP PERIOD: When you invest in any Series within Iron Edge’s pre-IPO investment funds, you are gaining access to what will ultimately become tradeable common shares of a company. When those shares are still in the pre-IPO phase, they are always insider shares. They are shares that were created for the shareholders on the “inside” of a company, such as founders, employees, or early financial backers. After a company crosses over from private status to publicly traded, it often imposes a lockup period during which inside shareholders may not sell their positions or engage in hedging strategies to minimize potential losses if the locked shares happen to go down. Insider status is attached to the shares, not to the holder, so all Iron Edge clients are included in this insider shareholder group.

Lockup periods had almost always lasted for six months until some variations have recently popped up. Spotify (NYSE: SPOT) and some other direct listings did not impose any lockup period at all. Palantir Technologies (NYSE: PLTR) was a direct listing that allowed 20% of insider positions to trade immediately, but the other 80% were locked up for about six months. Social Finance, Inc. is expected to impose a brief 30-day lockup period after its merger with the SPAC company Social Capital Hedosophia Holdings Corp. (NYSE: IPOE) is finalized.

One might assume that a lockup period can be unsettling for insiders as they, hands tied, helplessly watch their positions rise and fall. A strong argument exists, though, that these lockups have saved a lot more money for insiders than they have cost them in the long run. Read all about it in the Iron Edge VC newsletter This Restraint is for Your Benefit (January 27, 2021).

ACCREDITED INVESTOR: Iron Edge VC deals in unregistered securities. This means that our product, investment funds that hold shares of private companies, are built upon shares of companies that have yet to be scrutinized by the regulators who ultimately declare stocks to be safe for public trading. Whether the company is Joe’s Widgets, My Lil’ Toker Cannabis Playsets*, or SpaceX, a company is unregistered if it hasn’t undergone the Securities and Exchange Commission (SEC)’s pre-listing examinations. The rule that we must honor at Iron Edge is that we may only provide investment opportunities to accredited investors. Accredited status suggests that the investor is sophisticated enough to understand the complexities and risks inherent in an unregistered investment, and wealthy enough to absorb potential losses. Traditionally, accreditation requirements have been that the investor has earned an annual income exceeding $200,000 (or $300,000 collective income if investing jointly with a spouse) for the two most recent years, or if they have a liquid net worth (excluding the value of a primary residence) exceeding $1 million. Last summer, the SEC expanded the accredited investor definition to include individuals who have demonstrated an understanding of the finance industry by passing certain relevant exams. If you earn a Series 7 certification, you are accredited even if you don’t make six figures or have a million bucks lying around.

We hope you learned something today, or perhaps enhanced your understanding of something you already had partially figured out. Whatever the case may be, Iron Edge wants a customer base filled with “educated consumers”. We believe that an advanced understanding of our opportunities will encourage greater enthusiasm for our services. If you are still left with questions, or if you or anybody you know would otherwise like to learn more about us, please don’t hesitate to contact us by clicking “Get in Touch” below. After all, asking questions often leads to wonderful, unexpected results.

As always, shares of our Funds are available on a first come, first served basis.