Get an Edge™ with news content.
Home
>
Blog
>
Private Equity Versus Venture Capital 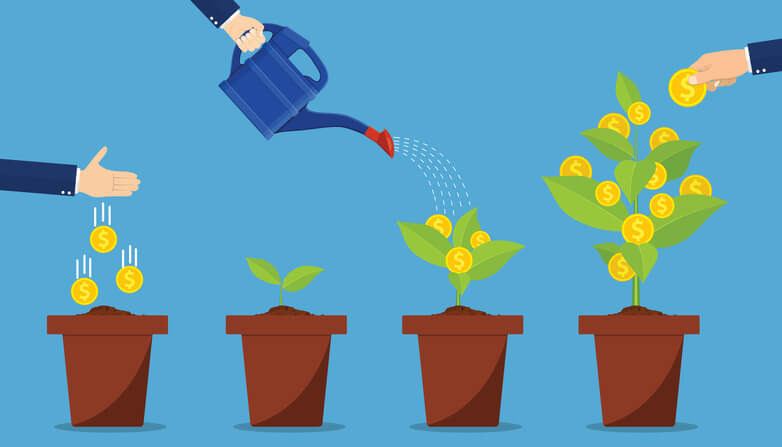 Around our offices and in our personal lives, Iron Edge VC team members are often asked to explain what it is that we do. The most common, and most accurate, response is that we are a “pre-IPO investment company”. You’ve heard us use that phrase many times in these weekly emails. In the early days of Iron Edge, it typically came with a qualifier that categorized us as a “late-stage pre-IPO investment company”, but such a limiting description no longer applies (more on that later). Occasionally, in the interest of simplicity, we might be inclined to blurt out something like, “I work with a Private Equity firm”, or “I’m with a Venture Capital fund”. We even have “VC”, or “Venture Capital”, right there in our name. While both depictions are fundamentally correct, neither describes our business model with perfect accuracy. We occupy a small niche within the larger universe of investment management, so our function hasn’t yet been assigned its own catchy two-word summary. For now, we’re content to use either of these alternatives to describe our vocation.

To clarify the differences between Private Equity and Venture Capital, let’s dive into some pop culture references.

In the movie Wall Street, Gordon Gekko (played by Michael Douglas) is a “corporate raider”. When Bud Fox (Charlie Sheen) draws Gekko’s attention to Bluestar Airlines, a small aviation company that employs Fox’s father (Martin Sheen), Gekko sees an opportunity to seize control of the outfit, break it into pieces, and cash in on its assets including the pension plans. Gekko is clearly the film’s villain, and (SPOILER ALERT) he is wearing handcuffs by the end of the story. His nefarious intentions notwithstanding, Gekko’s gig is basically that of a private equity guy. Remember that this is a work of fiction, and in no way would we suggest that Private Equity is by nature a criminal enterprise. If Gekko were a nice fellow looking to improve a company and the lives of all its employees, staying well within legal and ethical guidelines, Wall Street would have been a rather pointless movie. Still, the core concept on display here is an instructive depiction of the Private Equity process. A Private Equity firm seeks to acquire a privately held company, or even buy enough shares of a publicly traded one to gain controlling interest, and then to varying degrees change, reassemble, expand, and eventually sell off that company. The goal, of course, is to make money by applying fixes where needed before exiting at a higher valuation, much the same way a builder might buy a dilapidated house before jazzing it up and putting it back on the market. While it did indeed serve as an effective plot device highlighting 1980’s corporate greed, Private Equity in the real world needn’t be evil, and it is better viewed as a form of healthy economic activity.

By contrast, a Venture Capital firm supplies the funding to boost the growth of startups. In several storylines of the HBO program Silicon Valley, the characters are seen attempting to convince wealthy investors to put money into Richard Hendricks (Thomas Middleditch)’s data compression company Pied Piper, or Jian-Yang (Jimmy O. Yang)’s octopus recipe archive phone app. The well-dressed, and often befuddled men and women at the other side of the table in these scenes are Venture Capital investors. They spend their time listening to the pitches of underfunded entrepreneurs, and they determine which projects will prove to be worthy investments. They exchange working capital for equity ownership, and the high-risk investments occasionally result in staggering returns when the startup blossoms into the next Snowflake or Uber. On the surface, throwing money at a promising young company when it needs the cash and then exiting at a multibillion-dollar valuation sounds like easy money. Remember, though, that for every Spotify, Pinterest, or Amplitude, there is a Katerra, a Quibi, and a LeSports. These duds of which you have probably never heard were unsuccessfully backed by reputable VC professionals to the collective tune of about $5 billion. All the same, the deep-pocketed benefactors in Silicon Valley are a fair depiction of real-world Venture Capitalists. It should be noted, though, that as in the movie Wall Street, fiction doesn’t always mirror reality. Just as Private Equity professionals are rarely heartless thugs like Gordon Gekko, Venture Capital people are almost never as funny as they are depicted on HBO.

Strictly speaking, and not entirely inaccurately, many view Venture Capital as a kind of sub-category within the realm of Private Equity. Iron Edge VC is a pre-IPO investment fund that is most appropriately categorized as a Venture Capital company. We conduct all of our business in a space that revolves around privately held companies and their funding. Unlike a PE firm, though, our aim is not to buy and control any business in its entirety. Like a traditional VC firm, we provide significant amounts of cash to private companies at varying stages of growth, but only after an intense due diligence process. What separates us from the cardigan-wearing pencil pushers on Silicon Valley is our focus on individual investors. We are not in the game strictly to enrich ourselves; we invest our clients’ funds to deliver returns for them. We favor the term “democratization”, in the sense that we provide financial opportunities to affluent individuals who aren’t quite at the same level as the gargantuan VCs you read about in The Wall Street Journal. We offer our clients the freedom to invest alongside those big dogs.

Historically, a growing company would typically conduct an Initial Public Offering (IPO) five to seven years after its founding, granting ordinary investors ownership of shares with the potential to deliver tremendous returns. Under today’s market conditions, this fast action scenario occurs with much less frequency. These companies have not disappeared, but their journey from conception to public availability has evolved and elongated, for better or for worse. Now, a much greater portion of a new business’s growth takes place while it’s still privately held, leaving a lot less opportunity for significant gains within the primary equities markets. As a great example, Palantir Technologies enjoyed seventeen years of maturing before most investors had the opportunity to own a piece of their action. What’s different today is that the VCs have become much savvier, and they hold onto their shares tightly until growth and value have reached a crescendo. They keep pumping money into private companies at low valuations, reducing the urgency for a public debut. Now, an IPO is most often conducted well after a company’s tenth birthday, long after most of the juice has been squeezed out. This delay in the public offering of shares has created issues for the investing public. People want access to leading-edge and innovative enterprises, but they can’t get their hands on any equity until the shares have been passed around to the point of exhaustion. These circumstances have given birth to a relatively new market for Venture Capital, and Iron Edge VC is at the forefront of that market. Ownership interest in private companies has always furnished a privileged few with the potential for large returns in an asset class that has almost no correlation to the overall public markets. Iron Edge’s mission, and one that we have accomplished countless times, is to level the playing field. Furthering our earlier example, we provided access to Palantir many years before their direct listing, and our investors were rewarded with a generous taste of the grand-slam returns that had previously been reserved for the most prolific Venture Capital giants.

A couple of years ago, in an article for Forbes, Boxwood Partners Managing Partner Patrick Galleher wrote, “The 2010s were an incredible journey in the world of private equity. The amazing amount of capital flooding into the industry combined with the rise of secondary markets created an ecosystem uniquely situated for investment and growth. As more investors recognize the value and importance of the middle market, it’s difficult to see things going anywhere but up from here.” This reference to middle market businesses, or enterprises that have been around long enough to establish street cred but have not yet reached the point of qualifying as “late stage” private companies, caught our attention. These middle market companies are often well on their way to becoming “unicorns” with a valuation exceeding $1 billion, and then ultimately to a fruitful public listing. Clearly, it was time for Iron Edge VC to emerge from the restrictive “late-stage pre-IPO” box. The phenomenon Galleher describes is fundamental to our purposes. The “investors” to whom he refers are deep-pocketed VC outfits, not you, and those investors don’t intend to serve you a slice of the good ones until the robust tailwinds die down. We are here to change that.

We at Iron Edge VC are proud to have access to the shares of today's most exciting private companies that have proven and emerging track records of impressive growth, but still have tremendous potential and are not yet available on the public markets. These opportunities include, but certainly aren’t limited to, the likes of NextRoll, Embodied, Kraken, and Figure Technologies. If you would like to learn more, or if you know of anybody else who would, do not hesitate to contact us by clicking “Get in Touch” below.