Get an Edge™ with news content.
Home
>
Blog
>
Recruiting 23andMe 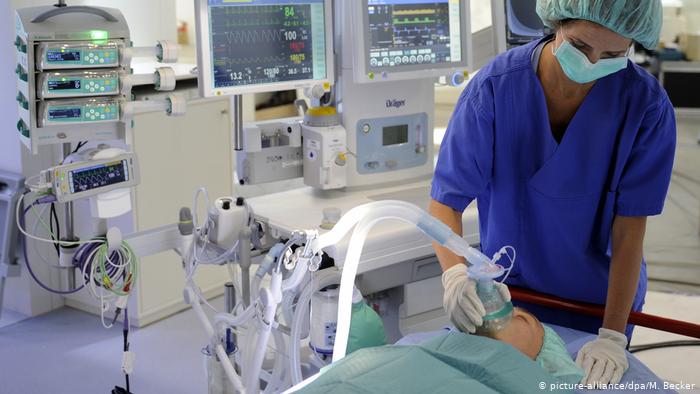 As the world proceeds through the frustrating and unpredictable rabbit hole known as the COVID-19 pandemic, opinions about our circumstances appear to be growing increasingly divergent and more sharply defined. One side asserts that the illness, while highly contagious, is less threatening than the media portrays it and that we need to get back to business as usual immediately in order to prevent the utter devastation of our economy. They question the legality of state governments closing down places of employment, and they suggest that society should rise up in protest. The other side prefers to focus on the sheer severity of the global health crisis, insisting that the nation should remain under lockdown until an effective vaccine is produced, no matter what the incidental consequences. One need look no further than our pervasive social media to understand the division. On a normal day, your Facebook news feed is probably home to dire warnings about the materialization of Bill Gates’s fiendish plot to utterly seize control of society. The very next post might contain proclamations that selfish individuals spotted in public without wearing protective face coverings should be shamed or, perhaps, executed. As an assertively non-political entity, Iron Edge VC chooses to keep our opinions on hot-button topics to ourselves. We’d rather just tell you about some cool facts and highlight the investment opportunities that lie within.

In several ways, the scientific community has been baffled by the quirks in this virus. Last month, a story that gained attention was the discovery that smokers, of all unlikely demographics, were less likely than non-smokers to be hospitalized with coronavirus. Some doctors theorized that the anti-inflammatory effects of nicotine are moderating the way COVID-19 causes our immune systems to react: the drug reduces overreaction. Then, last Tuesday, the University of San Francisco reported findings that once it establishes a footing, the virus’s progression is about twice as fast in current and former smokers. This less-surprising study applies, of course, to e-cigs and the old-fashioned ones alike. Overall, the conflicting stories are enough to make one feel like a nerd surrounded by cool kids at a high school party, wondering if he could make his troubles disappear by lighting up. For the record, your friends at Iron Edge VC would vote a hard “no” on this one.

Another source of abundant bewilderment is related to the varying degrees of how intensely a patient experiences the disease. Tens of thousands have suffered through weeks of nearly unbearable symptoms like headache, fever, muscle pain, and sore throat. Much worse is that far too many have died from coronavirus. At the same time, others have experienced such mild symptoms that they weren’t even certain that they had contracted the illness, only to later confirm infection with a positive antibody test. While it’s widely accepted, and generally accurate, that age is a factor that affects how a patient might fare, it is not by any means a reliable one. There is no shortage of stories about otherwise healthy people in their 30’s and 40’s tragically succumbing to corona-related complications such as strokes. Meanwhile, some survivors have long had their 90th birthdays in the rearview mirror. These anomalies generate confusion among those racing to understand and defeat the pandemic, and such confusion is a daunting obstacle to success.

The most logical defense against a challenge like this is a proficiency in genetic coding studies. This is where a personal genomics and biotechnology company called 23andMe is called to step up to the plate. 23andMe first caught the spotlight as a company that allowed consumers to mail in their saliva and in return receive a report on their ancestral lineage. Millions of participants were soon delighted, and just as often dismayed, to learn the finer details about the kinds of people from whom they had descended. The company quickly identified an opportunity to broaden their services while augmenting their relevance, and they started to inform subscribers about their genetic proclivities toward specific ailments. 23andMe can determine a subscriber’s likelihood of being susceptible to things like anemia, cystic fibrosis, Parkinson’s Disease, diabetes, and many more diseases, enabling early detection and treatment. In doing so, the company crossed the threshold from party trick to potential life saver. The spread of COVID-19 and its accompanying enigmas are now an unexpected call to further action.

With over ten million customers, most of whom who have already granted permission for the company to use their DNA for research purposes, 23andMe was well-positioned at the starting block. They have a vast database of genetic profiles coming from people of all shapes, sizes, and colors. At the beginning of last week, the company announced the launch of a project that would ask users who had contracted coronavirus to complete online surveys about their underlying health conditions and the nature of their symptoms. 23andMe will then compare the survey results to the corresponding genetic profiles in order to make informative connections.

The project attracted immediate attention and became a prime example of the lightning-fast pace at which today’s medical research is progressing. Yesterday, 23andMe reached out to scores of current and former coronavirus patients who had not previously subscribed to their flagship service, asking them to complete the online survey and submit a DNA sample. As an incentive, new participants will receive complimentary ancestral and health profile analyses. The result will almost certainly be a dataset of unprecedented size, and it will provide an invaluable boost to the scientific community’s understanding of how the virus behaves. The combination of straightforward genomic examination and innovative statistical inquiry will deliver a most effective weapon in the war against an insidious opponent.

A very short time ago, sceptics were calling 23andMe a “fad”. Worse yet, some were circumspect about how the company might be able to use their customers’ most acute personal information for nefarious purposes. Few would have predicted the course of events that have unfolded this year, with 23andMe rising to a crucial civic duty and performing a service that would potentially have a meaningful impact on society’s well-being. With the current narrative, though, astute observers are taking note that this is a company with unseen potential, and that the odds favor their long-term prosperity.

With such a bright future likely, 23andMe would appear to be a sound investment option. Early funders and company employees who have been compensated with equity options are sure to be excited about value gains that might lie ahead. Alas, outsiders are unable to take advantage of this opportunity through conventional means because 23andMe is not publicly traded on any stock exchange. There is hope, though. Even before an IPO, Iron Edge VC can show you through the front door and give you access to this groundbreaking company. If you would like to learn more, or if you know of anybody else who would, please do not hesitate to contact us.