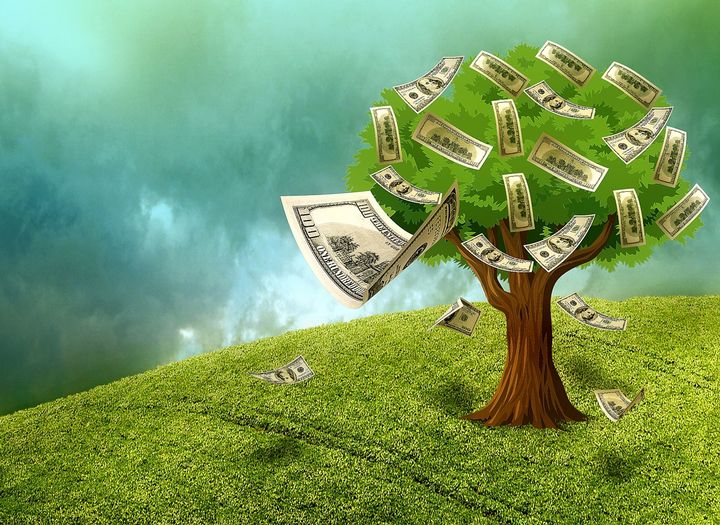 Last April, we told you about San Francisco-based Social Finance, Inc., and its audacious acquisitions, even in the middle of COVID-19 lockdowns across the globe (Pandemic? What Pandemic?, April 30, 2020). They did it in the name of expanding its brand and bolstering its ability to serve a quickly swelling customer base. Creating a silver lining for SoFi around a dark cloud of bad circumstances for most of humanity, people flocked to the all-encompassing financial app because so many local brick-and-mortar banks were temporarily closed, or even worse, potential virus farms. In an interview around that time with Jim Cramer on CNBC, SoFi CEO Anthony Noto announced that his fintech company was experiencing a record number of account openings during the coronavirus crisis, and had surpassed the significant milestone of one million “members”. Perhaps the company felt emboldened, then, when it decided to make two significant purchases that month. They paid $1.2 billion in cash and stock for Galileo Financial Technologies, advancing SoFi’s mission of providing seamless and all-encompassing financial services. Galileo provides powerful Application Programming Interfaces (APIs) to augment SoFi’s ability to deliver state-of-the-art checking and savings account functions, as well as tasks like account set-up, funding, direct deposit, ACH transfer, IVR, early paycheck direct deposit, bill pay, transaction notifications, check balance, and point of sale authorization. To put it more simply, Galileo cuts SoFi’s costs (thereby benefiting the end customer) by bringing necessary and often expensive functions in-house. Immediately on the heels of that move, SoFi acquired Hong Kong-based 8 Securities. Representing SoFi’s first overseas push, this app-based robo-advisor and investment facilitator started by former E-Trade employees was the first mobile-only financial application of its kind in Asia. Providing investment services without trading commissions and allowing users to choose between picking their own stocks or employing computerized investing algorithms were only two of the many similarities between the merging companies. Naturally, 8 Securities is now called SoFi Hong Kong.

This combination of growing a larger customer base while expanding into a wider array of services with sleeker efficiencies is unquestionably healthy for a nine-year-old company. Last spring, one might have expected SoFi to pause for a little breather, but they seem to be leaning into the momentum instead.

In April, we speculated that the surge in SoFi’s user base would beget even more memberships as word-of-mouth spread and as people became more familiar with the app’s user friendliness, its lack of trading fees, and even its mere existence. We were correct about that. Try to think back to the first time you heard about Google. Chances are your first impression was that it was some newfangled world wide web contraption that was only understood by those young whippersnappers, and its usefulness was limited to the realm of highfalutin computer machine programming types. Now, you likely use Google several times each day without putting any thought into it, as do many people who can remember listening to Little Orphan Annie on the radio. The point is that something that might at first sound unfamiliar or complicated can quickly become a seamless way of simplifying some of life’s everyday tasks if it is built properly. When this happens, people tend to spread the word about the easy-to-use tool, and the customer base balloons. Our prediction of this happening with SoFi seems to be in the early stages of coming true: in this CNBC interview last week, Noto announced “Our total users have nearly tripled since January. Our daily trading volumes are up over 300%. We’re seeing many first-time investors. 21% of our investors that we’ve polled are investing digitally for the first time for the first time during the pandemic”. On the topic of those first-timers, SoFi enables younger and less well-funded traders to get into names with high ticker prices that previously were inaccessible to them, thanks to the offering of fractional shares. If a member interested in Tesla stock doesn’t have enough dough for a round lot ($156,836 for 100 shares at yesterday’s close), he or she can scoop up one share for $1568.36, or even a half of a share for $784.18. As increasing numbers of people learn that such doors are open for them, the leading “bank for the millennial” is certain to continue its impressive growth spurt.

Echoing the April spending spree that claimed Galileo and 8 Securities for SoFi, the company is still finding ways to broaden their services and reduce costs. At the end of May, Samsung Electronics America, Inc. announced its partnership with the company in the form of “Samsung Money by SoFi”, a “mobile-first money management experience that brings a cash management account and accompanying Mastercard debit card along with exclusive benefits to Samsung Pay”. The program offers secure, no-fee accounts that earn interest that they assert is higher than the national average of transactional accounts.

What’s more, SoFi two weeks ago filed an application with regulators to establish SoFi Bank. If successful, SoFi would be the sole owner of the new bank, dramatically lowering its operating costs and presumably passing the savings on to its members. Before SoFi even entered the trading and financial management arena, its entire business model was focused on student loans. Founded in 2011, SoFi started as an experiment conducted by Stanford Business School alumni Mike Cagney, Dan Macklin, James Finnigan, and Ian Brady. They were hoping to address the seriously flawed student loan system that has buried countless young Americans in debt. The inaugural SoFi program connected 100 student borrowers with 40 Stanford alumni, who personally financed loans valued at an average of about $20,000. Everybody won: The students received funds at a reasonable rate, the alumni lenders collected a return on their investments, and SoFi retained a piece of the interest for their efforts. From there, the flagship student loan program has blossomed and expanded dramatically: within four years of this initial $2 million exercise, SoFi was the largest student loan provider on Earth. Since then, the company has developed other types of lending programs such as personal loans, home mortgages, and mortgage refinancing. This is still, by far, SoFi’s biggest revenue source. To date, SoFi has provided more than $50 billion in loans. Having their own bank would go a long way toward taming their operating costs by eliminating the expensive and time-consuming exercise of honoring the lending regulations that vary from state to state. Also, funding loans with their own base of deposits would add yet another layer of cost efficiency. After SoFi’s great strides last April, and now this, we are really getting the picture. This company isn’t likely to stop improving and innovating at any point in the foreseeable future.

With what appears to be an extremely promising future of growth and expansion, one might be keen to invest in shares of SoFi immediately. At the moment, though, SoFi shares are not offered on any public stock exchange. Ironically, a SoFi member can’t even pick up a fraction of a SoFi share on the SoFi app! There is no need for despair, though. Your friends at Iron Edge VC have access to this exciting company today at a very attractive valuation and can usher you right through the front door. If you would like to learn more, or if you know of anybody else who would, do not hesitate to contact us.