Get an Edge™ with news content.
Home
>
Blog
>
Surround Yourself with Winners 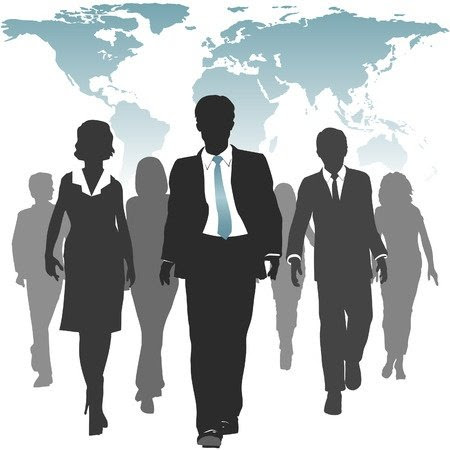 Surround Yourself with Winners

Every time one of our major investments is the subject of a liquidity event, it’s “all-hands-on-deck” time in our offices. The listing of a company and the eventual expiration of that company’s insider lockup period, both of which occurred simultaneously last week for Amplitude, Inc. (Nasdaq: AMPL) during its Direct Public Offering, represents the culmination of countless hours of work for everybody employed at our firm. Our process starts with intensely focused research. In most cases, connections are made with the subject company, or at least with people close enough to the inside to really understand the business. Then, more research follows. After we decide to commit to an investment, we engage in negotiations that will secure the most attractively priced inventory for our clients. Next, we reach out to the clients to share what we have learned. We highlight some of the more interesting points (we hope) in a weekly email update. We issue series within our larger LLCs to represent shares in the investment. When the series are full, we wait for the moment at which we may transfer tradeable common shares to our investors. Again, this moment arrived last week for our many Amplitude investors. While we maintained great confidence in Amplitude’s soundness and the valuation at which Iron Edge VC entered, the overall markets were in rotten condition that morning. Furthermore, positive returns cannot be guaranteed under any circumstances. When AMPL opened at $50 and didn’t look back, placing it well into the “plus” column for our Limited Partners, we were quite happy to have scored another victory for our clients. Even though we had no reason to anticipate a bad outcome, we allowed ourselves to enjoy the inevitable sense of relief that comes with sealing another one in the “plus” column of our books.

Last week’s Iron Edge VC newsletter (Score [Another] One for the Good Guys, September 29, 2021) might be viewed as a victory lap for our pre-IPO investment funds. The headline could fairly be characterized as self-congratulatory, and the accompanying image of two figures wildly and joyously leaping into the air before a seaside sunset might have pushed things a wee bit over the top. We like to think that our end-zone celebrating is understandable, but the tone of that communication attracted a small amount of polite criticism. “Quiet winning is the way,” suggested one loyal client, who had made a nice profit in his Iron Edge Amplitude investment, in an email. Indeed, humility is a virtue that we, too, hold in high regard, so we regret any tone of boastfulness that might occasionally exude from our newsletters. In the case of last week’s message, the intention was not to merely crow about a successful exit, but rather to shine a light on our stock-picking approach and how it benefits those who entrust us with their money.

We now find ourselves in the middle of a slower week at Iron Edge VC even as we are preparing significant investments into some brand-new names. You will soon be hearing a lot more details from us about these and we are extremely excited about the potential for returns from these fascinating private companies, but we’re not quite ready to divulge a lot of details yet. Also, this week we don’t have any new major liquidity events to trumpet. So, this seems like a good opportunity to expand on last week’s message with a focus on another facet of our decision-making process. In discussing our Amplitude investment, we concentrated on the fundamental traits that draw our interest and, conversely, the red flags that will send us running in the opposite direction. Another practice that reliably points us in a good direction is simply following the trail of proven winners.

To counter last week’s perceived cockiness, here’s a humble disclaimer. We know that the notion of throwing money in with that of successful venture capitalists is not on par with the discovery of penicillin. It’s far more accurate to depict it as the simple application of common sense. Still, it is an important part of our due diligence, and to skip this phase of an investigation into a private company would feel reckless to us. To flesh out an example, we point to Pasadena, California’s Embodied, Inc..

We’ve highlighted Embodied a few times since last June, when Moxie the Robot first entered our radar (The Embodiment of a Miracle, June 23, 2021). Moxie is an animatronic, Artificial Intelligence (AI)-powered robot that acts as an intelligent companion for autistic children. He provides “play-based learning that is paced to weekly themes and missions with content designed to promote social, emotional, and cognitive learning”. Far surpassing the role of an ordinary plaything, Moxie has elevated the concept of Robot-Assisted Autism Therapy (RAAT) to levels that, until recently, could never have even been imagined. Moxie’s best-in-class AI and Emotional Intelligence allow the robot to learn from stored information and base future conversations on the data. At the same time, standard Behavioral Therapy concepts are woven into Moxie’s topics of discussion while chatting with an autistic child. After the child has spent several hours with Moxie, Moxie will provide the child’s parents with invaluable analytical insights through a phone app. Much in the way AirBnB digitally disrupted the hospitality industry, Uber digitally disrupted short-trip transportation, and SoFi digitally disrupted financial services, Embodied is digitally disrupting the field of mental health care in the most groundbreaking ways. While this should be enough to make us recognize that this company is an innovator with vast growth potential, a look at Embodied’s established investor pool truly sealed the deal for us. Amazon’s VC arm, the Alexa Fund, has claimed a stake in Embodied. Sony’s Innovation Fund has selected Embodied as one of just two bets in the robotics arena. Intel Capital and Toyota Ventures, the massive automobile manufacturer’s first standalone early-stage venture capital firm, are also backing Moxie’s parent company. Importantly, these enthusiastic endorsements have all taken place in Embodied’s earliest funding rounds. To be clear, Iron Edge VC has been blessed with an opportunity to make an entrance into Embodied at a very modest valuation, standing shoulder-to-shoulder with these profoundly experienced backers of innovation. More than a display of common sense, getting on board with these kinds of venture capitalists feels like a no-brainer to us, and we are happy that we can invite our investors to join us on this journey.

One other theme that we brushed upon last week that fits well into our positive assessment of Embodied is the assembly of a good management team. Embodied founder and CEO Paolo Pirjanian, Ph.D. is a NASA scientist turned robotics entrepreneur who, as former Chief Technology Officer (CTO) at iRobot and CEO at Evolution Robotics has helped create technologies for many products ranging from the Sony AIBO to the iRobot Roomba. Embodied CTO Stefan Scherer, Ph.D. is a machine learning scientist who is passionate about emotional intelligence and human behavior analytics. For us, this keenly foreshadows a potential direction for the company, well beyond even the noble cause of helping children who struggle with autism. Scherer’s mastery of AI and machine learning combined with his advanced scholarly interest in human behavior sets Embodied up to tackle the daunting challenge of depression in people of all ages. The National Institute on Mental Health (NIMH) estimates that major depressive disorder affects approximately 17.3 million American adults, or about 7.1% of the U.S. population age 18 and older, each year. Almost two million children aged 3 to 17 have been diagnosed with depression. Apart from the disorder’s crippling effect of radically disrupting the patient’s ability to function, the obvious threat of self-harm casts an incessantly menacing shadow. Talk therapy has evolved through the centuries to address such issues in the hope of averting tragedy, but AI and machine learning promise to raise the efficacy of treatment to new heights. Imagine a Moxie-like robot designed for depressed adults, equipped with the ability to detect word patterns that indicate suicidal intentions. Such an ability could hardly be expected of even the most gifted therapists, but Embodied already possesses the tools to save these fragile lives by picking up on the clues that human analysts simply cannot decipher.

Artificial Intelligence has been evolving for decades, and Embodied is steering it into the most exciting, unexpected, and singularly meaningful places. Amazon, Sony, Intel, and Toyota have come to realize this, and they have backed up their confidence with significant early-stage funding. Unfortunately for most, Embodied’s shares are not yet available to the investing public, making it very difficult to piggyback on the smart money. Fortunately for the Iron Edge VC community, though, we can deliver your piece of this promising enterprise through our fund before the masses have the opportunity drive the stock price to new heights. Demand for ownership is likely to spike in this name as public awareness of its innovations inevitably grows, but today it is still early enough in the game to beat the rush. If you would like to learn more, or if you know of anybody else who would, do not hesitate to contact us by clicking “Get in Touch” below.