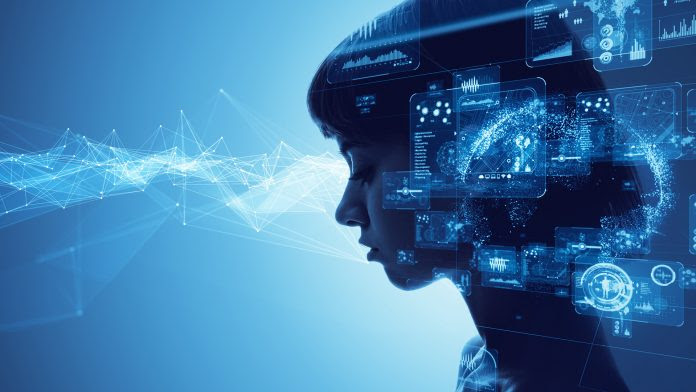 According to the Centers for Disease Control and Prevention, more than 840,000 people have died from drug overdoses since 1999. To frame that statistic another way, drug fatalities have claimed the equivalent of more than 96% of the population of San Francisco in just over two decades. In 2019, 70,630 Americans lost their lives in this tragic way, nearly four times the number recorded just twenty years earlier. Of those 2019 losses, a staggering number --- 49,860, or more than 70% --- involved mostly synthetic opioids.

Repeated use of opioids develops a “tolerance” within the body. The drugs, by triggering the release of the brain's feel-good neurotransmitters known as endorphins, send the body a signal that no new endorphins need to be made. When the opioids wear off, though, the user is left with a depleted natural endorphin supply. The most effective way to counter the resulting “low” is, of course, to administer more opioids, thereby slowing endorphin production even more. Each phase of the vicious cycle increases a tolerance of, and a dependency on, the drug. The seemingly inevitable conclusion makes the rising death toll easier to understand, but still, some notion that so many of these tragedies could have been prevented tends to persist, amplifying the senselessness of an epidemic that has scarred the lives of those who have lost loved ones.

The opioid plague has necessitated widespread efforts to combat drug abuses that might lead to overdosing. Severe addiction is a formidable opponent, though, and the war often seems unwinnable. Enter San Francisco’s Pear Therapeutics, a pioneer in Prescription Digital Therapeutics (PDTs) whose main product is aimed directly at substance abuse disorders. From Pear’s website, “We operate at the intersection of biology and software technology, where researchers and clinicians work side-by-side with software engineers and developers to create the next generation of therapeutics. Pear Therapeutics discovers, develops, and delivers clinically-validated software-based therapeutics to provide better outcomes for patients, smarter engagement and tracking tools for clinicians, and cost-effective solutions for payers. Every day, we push the boundaries of technology to transform medicine. Pear has a pipeline of products and product candidates across therapeutic areas, including severe psychiatric and neurologic conditions.”

Few things among our common experience are more miraculous than childbirth. The gift of an ability to create life is awe-inspiring. Still, the experience has been known to take a considerable physical and emotional toll. Apart from the aches, pains, and overall stress imposed on a woman’s body throughout the course of bearing and then delivering a baby, less tangible but equally persistent complications often ensue. Sometimes the anxiety, mood swings, appetite and sleep disruption, and a new mother’s feeling of being overwhelmed are dismissed as “baby blues”. A more severe version of the same phenomenon is known by a much less whimsical name. Postpartum depression is a very real nightmare that sometimes follows the joyful event, and it can come with more intense mood swings, withdrawal from family and friends, excessive fatigue, intense irritability, hopelessness, panic attacks, and even recurrent thoughts of death, suicide, or harming the newborn. The risk of postpartum depression ending in tragedy are all too clear. At the very least, the condition often can last for many months, causing a harmful disruption of the mother-child bonding that needs to be present in the critical developmental period that immediately follows a birth. Missing that bond can have obvious long-term consequences for mother and child.

Woebot Health deeply understands postpartum depression and they have a weapon with which to fight it. The company, founded in 2017 by clinical research psychologist and health tech visionary Alison Darcy, addresses the disorder with digitized elements of Cognitive Behavioral Therapy (CBT) and Interpersonal Psychotherapy (IPT) integrated with Woebot Health’s core product (known simply as “Woebot”, as it is the robot that can talk you through your woes). Darcy’s twin skillsets based in psychology and technology led her to create Woebot, for whom job #1 is to quickly build a bond with users. Woebot, using Artificial Intelligence (AI) and Natural Language Processing (NLP) techniques, learns from millions of conversations stored within the company’s database and applies specific disciplines to deliver targeted relational therapy. Apart from helping new moms, different Woebot versions are customized to address various kinds of depression, stress, and anxiety in adults and adolescents, as well as issues surrounding those who suffer from alcohol abuse.

With more than three million cases every year in the United States, Attention-Deficit / Hyperactivity Disorder, or ADHD, is one of the most common neurodevelopmental disorders of childhood. Although it is commonly associated with kids, it can often last into adulthood. The well-known symptoms include difficulty paying attention, a lack of control over impulsive behaviors, or generally conducting oneself in an overly active way. Many parents report an occasional lack of focus or a tendency to “act out” from time to time in their non-afflicted children, but children affected by ADHD display these symptoms in a more pronounced way, and they have trouble growing out of them. If such adverse traits persist, they can become quite severe, and they can cause bigger problems at school, at home, or with friends. In 1902, British pediatrician Sir George Still could have been credited for discovering ADHD when he described “an abnormal defect of moral control in children”. In truth, such a scientific “advancement” was bad news for the patient, as essentially demonized ADHD patients and allowed society to brand them as “problem children” or “troublemakers” who were not destined to function properly in decent society. Unfortunately, it was often the same dismissively lazy form of diagnosis that would make the prophesy come true. Astonishingly, it wasn’t until 1968 that the American Psychological Association recognized ADHD as a legitimate medical condition in its second “Diagnostic and Statistical Manual of Mental Disorders” (DSM). Finally, ADHD sufferers would be treated with care and support instead of disdain and frustration.

Based in Boston, Massachusetts, Akili Interactive takes ADHD treatment to the next level. The brilliance of the ten-year-old company’s flagship product lies within its obviousness. With a patient profile residing in the 8-12 year age range, Akili has chosen to deliver its PDT through EndeavorRx, a customized video game that “presents specific sensory stimuli and simultaneous motor challenges designed to target neural systems in the brain related to attentional control”. EndeavorRx is meant to be a part of a therapeutic program that might include other forms of treatment such as talk therapy and medication, but the idea of addressing a child’s ADHD condition with video games is hard to beat.

Pear Therapeutics, Woebot, and Akili, while focusing in different directions within the larger category of mental health care, have one interesting thing in common. They all have applied for, and been granted, approval for their Digital Therapeutics from the United Stated Food and Drug Administration (FDA). The FDA is known for taking its approvals very seriously. The seal of approval authoritatively establishes PDTs’ inarguable credibility as a disruptive and rapidly emerging technology that will positively impact millions over time. For further evidence of the bright future that lies ahead for PDTs, one only needs a look at these companies’ recent funding activity. Woebot successfully raised $91 million in a B round. Pear and Akili recently completed Series D funding rounds. With investors like Amgen, Mirae Venture Capital, Baillie Gifford, NEA, and BlackRock, PDTs are attracting the most successful names in venture capital, who are in turn the outfits that have made massive fortunes on their ability to understand which sectors show the most promise.

Iron Edge VC has been telling you about a fascinating form of PDT for a few months (The Embodiment of a Miracle, June 23, 2021 and Advancing Robotic Conversation, August 4, 2021). Based in Pasadena, California, a company called Embodied, Inc. has created a robot, called Moxie, that acts as an intelligent companion for autistic children. Moxie provides “play-based learning that is paced to weekly themes and missions with content designed to promote social, emotional, and cognitive learning”. In creating Moxie, Embodied accomplished an admirable blending of AI and emotional intelligence to create a highly effective form of life skill development. Moxie has elevated the concept of Robot-Assisted Autism Therapy (RAAT) to levels that, until recently, couldn’t even have been imagined. Moxie’s best-in-class AI allows the robot to learn from stored information and base future conversations on the data. At the same time, similar to interactions with Woebot, standard Behavioral Therapy concepts are woven into Moxie’s conversational topics. After an autistic child has spent hours with Moxie, Moxie will provide the child’s parents with invaluable analytical insights through a phone app.

Paolo Pirjanian, CEO and Founder of Embodied, has an enviable history in the field of robotics. He was once the Chief Technology Officer of iRobot, manufacturer of the smart vacuum cleaners that took America one giant leap forward in the direction of accepting intelligent machinery as a normal part of home life. That company went public in 2005 and has maintained robust growth since then. Also, like Pear, Woebot, and Akili, Embodied has some of the smartest people in the room backing it financially. Anybody investing in Embodied as a private company will be placing bets alongside the likes of Amazon.com, Intel, and Toyota AI Ventures. At Iron Edge VC, we are proud that we can place you in this group.

Artificial Intelligence has been evolving for decades, and Embodied is steering it into the most exciting, unexpected, and singularly meaningful places. Unfortunately for most, the company’s shares are not yet available to the investing public. It is privately held, not for sale at the stock exchange, but your friends at Iron Edge VC can deliver your piece of this promising enterprise through our fund before the masses have the opportunity drive the stock price to new heights. Demand for ownership is likely to spike in this name as public awareness of its innovations inevitably grows, but at the moment it is still early enough in the game to beat the rush. If you would like to learn more, or if you know of anybody else who would, do not hesitate to contact us by clicking “Get in Touch” below.