Get an Edge™ with news content.
Home
>
Blog
>
The AirBnB Experience: More Than Just a Place to Stay 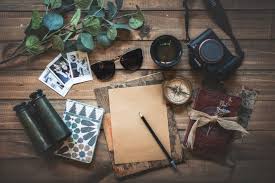 The AirBnB Experience: More Than Just a Place to Stay

Ask most people to explain the services one can expect from hospitality giant AirBnB, and you will likely be given an over-simplified response. You will hear something along the lines of, “AirBnB is this company that lets you rent out your house or apartment so you can collect extra income”. While this is quite true, it barely scratches the surface of this company’s influence. In fact, such a statement would be a monumental understatement of AirBnB’s operations.

In early May, Iron Edge told you about the development --- and the anticipated expansion of --- “AirBnB Experiences”. This service integrates restaurants, entertainment venues, sports stadiums, and other such vendors across the globe in order to make available a wide array of memorable activities. These opportunities range from surfing to mountain climbing to social impact experiences and way beyond. According to AirBnB CEO Brian Chesky, we told you last spring, the "experience economy" is growing and will soon become "massive". He added that the AirBnB Experiences product is growing at a rate ten times faster than the AirBnB Homes product. This was a bold statement on Chesky’s part. Look at it this way: even the most casual observer notes the remarkable growth that AirBnB has enjoyed over its relatively brief, eleven-year existence. Then, the chairman tells of a side project that relatively few people even know about, and that branched-off business is seeing significantly faster growth.

Less than five months later, we have been given evidence that the man was not talking through his hat. Chesky is leaning into the burgeoning “experience economy” in a way even we had not anticipated. Two days ago, The Wall Street Journal reported that AirBnB is leading a Series B funding round into Brooklyn, NY’s Atlas Obscura. (NOTE: Although this is a recent announcement, SEC filings suggest that the funding was closed last June). This follows AirBnB’s January 2017 spearheading of a Series A funding round into Resy, a leading restaurant table booking service. See the connection here? It’s not that AirBnB spontaneously decided to jump into the VC game. These investments are strategically on point. Far from merely hooking you up with a bed on which to sleep while you’re on the road, AirBnB Experiences will steer you toward adventures that otherwise would never have crossed your radar. Rather than settling for ordinary hotelier status, this company aims to touch its users’ lives with unique undertakings that will create enduring memories.

Atlas Obscura, as its name suggests, is abundantly skilled at sniffing out travel destinations that are truly off the beaten path. A feature on their website allows visitors to explore locales in a randomized fashion. When we clicked “Random”, we were shown the following series of travel suggestions: Villa Villekulla, the home of Sweden's beloved fictional character, Pippi Longstocking. Tynemouth Volunteer Life Brigade Watch House Museum in Spanish Battery, England. The Ted Knight Memorial Bridge in Plymouth, Connecticut (and yes, they are talking about Judge Smails from Caddyshack). The Darwin Oil Storage Tunnels in Darwin, Australia. We kept going down this rabbit hole and got lost for a while, but instead of expanding this list further, we suggest that you click here for the Atlas Obscura website, then scroll to the bottom and look for “Random”. A disclaimer: Iron Edge VC, LLC cannot be held accountable for lost productivity if you hit “Random” and spend a few hours there.

Many of your friends will tell you that AirBnB is only a website that will let you rent out your home or find you a place to stay when you need one. But you know better: AirBnB, with its many well-placed affiliations (most notably with Atlas Obscura), will not only set up your room but also tell you where on Earth that room should be. It will give you the ability to outdo everybody when boasting about interesting travel experiences… and while they’re at it they will make your dining plans almost effortless. AirBnB has stated its objective to become the leading all-inclusive, end-to-end travel booking service. Now, their continuing record of investments is ensuring that they will dominate the space for the foreseeable future.

After quickly selling out of our earlier inventory of pre-IPO AirBnB shares, we at Iron Edge VC are proud to announce that we have replenished our supply. If you would like to learn more, or if you know of anybody else who would, please do not hesitate to contact us by clicking “Get in Touch” below.