Get an Edge™ with news content.
Home
>
Blog
>
The Best Defense 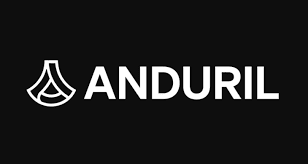 This week’s Iron Edge VC newsletter comes with a disclaimer that we have been compelled to state from time to time in past company profiles, so this might sound familiar. As a rapidly growing enterprise that serves its clients by making available a wide variety of private company investments, we understand that our role is to focus solely on identifying the most promising strategies to expand wealth. This leaves us no time for political commentary. We are a community of individuals who, of course, hold a diversity of beliefs, but we refuse to allow any philosophical bias to interfere with our mission of seeking the highest returns. Sometimes, though, it is impossible to avoid discussion of potentially divisive ideas when exploring individual companies (Palantir and Patriotism, June 26, 2019) or global Venture Capital happenings (We’ll Sit This Calamity Out, July 14, 2021). So, as we prepare to discuss a defense industry innovator founded by a vocal supporter of Donald Trump, we feel the need to say it again. We don’t have a dog in this fight, but we do believe that Anduril Industries presents an extraordinary opportunity.

The integrity of the border between the United States and Mexico is a geographical focal point of much of our political discord. When Trump first announced his 2016 candidacy for President, he promised to construct an impenetrable wall separating the two countries. Trump’s opponents called the planned structure a physical manifestation of prejudice. Both sides argued their cases passionately, deepening a strange perception among many that the very notion of border security is controversial. In truth, every rational adult from either side of the aisle agrees that it is necessary to maintain the boundary. Allowing unfettered and unmonitored access to our land would inevitably invite severe overpopulation, economic distress, and unthinkable opportunities for those who wish to harm Americans. This fundamental truth is not up for debate, even though heated discussions about how America maintains the southern border persists.

Founded in 2017, Anduril Industries addresses border control in a revolutionary way. The company has provided a 21st-century replacement for the simple and outdated methods of vehicle patrols and strategically placed fences. They provide the hardware and the software that combine to elevate the sophistication and the dependability of how we surveil the border. Central to all of Anduril’s functions is, of course, Artificial Intelligence (AI). Their Lattice platform receives computer vision data (i.e., what its cameras see from high vantage points) and integrates other information from third parties. They also employ “mesh networking”, or collaborative input from a swarm of other drones within a network, establishing a massive “mesh” covering a wide area. All of this is blended and interpreted through machine learning to provide a seamless level of real-time situational awareness to which human personnel can quickly react. If an unauthorized border crossing is in progress, Lattice will inform the user if the violator is an individual, a group of people, an SUV, or an animal.

The Anduril hardware that uses the Lattice platform is equally impressive. Their Autonomous Surveillance Towers (ASTs) are infused with AI, eliminating the need for a human operator to run them. Apart from this kind of autonomy, they are energy efficient, powered by the sun. They are semi-portable and easily deployed. Most important, they are an effective and stable means of keeping an eye on things at ground level, feeding a constant overview at Lattice’s unmatched standard of quality. This is why congress has allocated more than $50 million for the systems over the past two years.

Anduril’s Ghost 4 is an unmanned aerial vehicle (UAV, or, a drone) that is built like a helicopter as opposed to a four-bladed quadcopter. It operates at much lower decibels than virtually any drone available commercially and, naturally, it comes complete with Lattice-enabled AI. The Ghost 4 is durable, waterproof, and light enough to be carried and deployed manually. It covers a wider area than the ASTs do, of course, especially when it is cooperating with other Ghost 4s to construct a detailed and comprehensive picture.

Then there’s the Anduril Anvil. The company’s website describes the Anvil’s function as such: “Cued by Lattice, Anvil navigates autonomously to intercept potential drone threats and provide visual feedback for positive identification by a human operator. Once authorized, Anvil uses physical speed and onboard terminal guidance to deliver kinetic energy to the threat with minimal collateral damage”. In layman’s terms, the Anvil is like a flying robotic pit bull that mercilessly smashes other drones into smithereens on command and then lands without a scratch. Watch it in action in this video and it will almost certainly be the coolest thing you see today.

Anduril’s usefulness is certainly not limited to border protection. The broader safety needs of all branches of the military are efficiently addressed over millions of acres of land and sea with Anduril’s ASTs, Ghost 4s, and Anvils. Private-sector critical infrastructure providers within the energy, oil & gas, utilities, and transportation sectors require uncompromised attention to security, and Lattice-enabled surveillance can accomplish that task masterfully. The software is, of course, customizable to suit the needs of the specific entity or client being served.

Much like the massive big-data firm Palantir Technologies, Anduril is named for an item found in JRR Tolkien’s Lord of the Rings trilogy. Whereas a “Palantir” was a kind of “seeing stone”, the “Anduril” was a sword. The connection probably isn’t entirely accidental. Anduril founder Palmer Luckey is among the truly elite in Silicon Valley, having launched the revolutionary Oculus VR headset at the tender age of nineteen, selling the company to Facebook for $3 billion a couple of years later, and then parting ways with the social media giant amidst some ideological incompatibility. When he co-founded Anduril in 2017, he did so alongside Palantir executives Matt Grimm, Trae Stephens, and Brian Schimpf. Indeed, with numerous lucrative government contracts and mind-boggling technology aimed at security, both companies are often brought into association with each other.

For decades, very few defense-based startups have risen to challenge established incumbents like Raytheon and Lockheed Martin. Without a track record of big government contracts off the starting blocks, most of the larger VCs have passed on the newer companies, assuming that the returns would not match the windfalls to which they were accustomed. In under four years, though, Anduril’s narrative has been different. Whether or not Luckey’s standing as a Trump booster has made a difference, Anduril benefited from several important deals during that administration from Customs and Border Protection (CBP) and the United States Marine Corps. This could have been the catalyst to inspire some well-known VCs like Founders Fund, 8VC, General Catalyst, Lux Capital, Valor Equity Partners, and Andreessen Horowitz to take a large stake in Anduril. The contracts might have been the event that broke the chicken-or-the-egg stalemate that made VC money hard to attract. Perhaps Anduril’s potential for gaining clients across diverse commercial fields made them more appealing for those who avoid pure defense plays. Whatever the case might have been, Anduril raised $450 million in a new Series D round last spring, hoisting the young company’s valuation to $4.6 billion. The momentum of this growth in four years simply cannot be ignored.

Anduril’s shares are not available for purchase on any stock exchange. It is a private company, much to the chagrin of those who pay close attention to technological advancements in our nation’s security. In the second market, Anduril has been known as the brass ring on a merry-go-round --- much desired but out of reach for most riders. Iron Edge VC has recently had the good fortune of taking a stake in this promising company in limited supply, and we are confident that we will be able to furnish many more investments in the coming weeks and months.