Get an Edge™ with news content.
Home
>
Blog
>
This Restraint is for Your Benefit 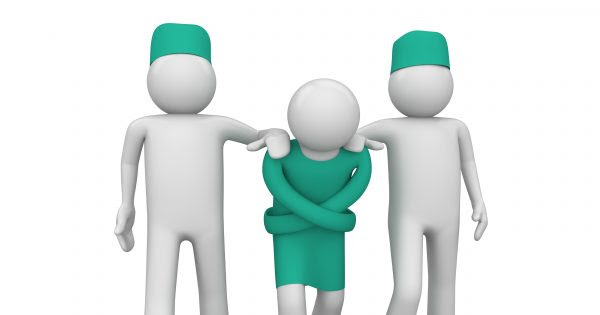 This Restraint is for Your Benefit

The morning of August 21, 2020 started out beautifully at the New Jersey shore. The sun was shining brilliantly, the temperature was comfortably settled in the mid 80’s, and it was Friday. The workload among the pandemic-scattered offices of Iron Edge VC had been rather heavy in recent weeks, with the mounting anticipation surrounding the upcoming public debut of our largest investment, Palantir Technologies. That particular Friday, though, promised an uncharacteristically light schedule, allowing me some hope for punching the clock early and starting the weekend right with a late afternoon cocktail on the beach. Better still, our Palantir inventory was selling at levels over $10 thanks to the flood of positive news. It had been going for about $5.50 only a few weeks earlier.

By then, it had been generally known that Palantir would be conducting a Direct Public Offering (DPO), which until that day had meant that insider shareholders could sell their interests on Day One, without the encumbrance of the six-month lockup period that is typical of a conventional IPO. In other words, companies that use the traditional IPO method can’t do a thing with their shares, and they cannot legally hedge against those restricted shares in the options market, for about 180 days after public trading commences. Throughout most of the month of August, a great many Palantir insider shareowners, including those who had invested through Iron Edge VC, were happy and secure in the belief that the company’s DPO would liberate them from such a restraint.

At about 10 AM, an email from Palantir appeared in my inbox. Attached to it was an update of the company’s SEC S-1 filing, providing details about the DPO and made available only to registered cap table Palantir shareholders such as Iron Edge VC. My heart slowly sank as I perused the confidential memo. Dread set in as I read it a second time. Palantir, a company known for avoiding convention and predictability, was laying out the roadmap of a brand-new DPO method. It would allow insiders to sell up to 20% of their positions on the first day of public trading, but the other 80% would be “locked up” until three business days after the company’s release its full-year 2020 earnings report. I knew that would mean that pre-IPO Palantir owners would be forced to hold on to their shares for anywhere between four and seven months after the NYSE debut. The news felt like a punch to the gut, and my only consolation was that everybody who had this information was bound by a non-disclosure agreement. The heavy lifting of explaining the new development would not be necessary until those S-1 details were made public.

Twenty minutes later, my increasingly tranquil attitude about the matter proved to be a product of naivete. One of my Palantir investors texted me a link to a Bloomberg article declaring that “confidential sources” had defiantly revealed the contents of the confidential document. It went on to describe, in full detail, the company’s intention to impose an insider lockup period that would last for several months. The client immediately sent a second message consisting only of three question marks, which I interpreted as text-message shorthand for “Hey Paul, what’s this all about? I thought we were allowed to sell our shares on the first day of a direct listing. Isn’t that what you’ve been telling me? This article says I’m going to be locked up. I find this somewhat distressing!”

So much for confidentiality. Thanks to some blabbermouth who managed to occupy a coveted position on Palantir’s cap table, the cat was out of the bag. The text messages and calls to my cell phone didn’t stop for five hours, and when they finally slowed down I had to spend the next few hours returning the calls I had been unable to pick up. Ironically, the beach cocktail was cancelled for the same reason it was much more greatly desired. I felt like I had gone from Fund Manager to Therapist, helping people with a broad array of feelings that ranged from fear, to anger, to confusion, to sadness. By and large, I allayed everybody’s concerns, and I assured them that the circumstances were beyond Iron Edge VC’s control. Even as the dust settled over the next week, nobody was pleased about the lockup. Everybody wanted full control.

Palantir went public on September 30, 2020, trading under the symbol ”PLTR” (NYSE). Its first tick was at $10. Fast forward a few months, to last Monday, and it hit a fresh high at $39.58. Announcements of new contracts secured by the company, disclosures of investments made by prominent individuals and funds, and what has been described as Palantir’s “cultish” following of trading enthusiasts have eclipsed the occasional dings of analyst downgrades and misguided short selling advocates’ trash talking. By almost any standard, Palantir has enjoyed a spectacular run since September. More noteworthy, though, is that the stock floated around the $10 mark for weeks, even dipping below $9, and it took nearly two months to break out and trade through the $20 level. For many who found themselves constantly pinned to their smartphones during trading hours, the helpless feeling brought about by their inability to sell more than 20% of their Palantir shares was very frustrating. With the benefit of hindsight, whether they admit it or not, the same individuals must be grateful that they were “forced” to hang in there this long. Palantir’s lockup period will expire in a few weeks. Much can happen with its per-share price and the markets in general before then, but the $40 range is a much more comfortable footing than $10 for shareholders. The more transparent investors have shared that given the freedom early on, they would have dumped their positions at much lower levels.

Even though it no longer qualifies as a pre-IPO opportunity, Palantir is still at the forefront of Iron Edge VC’s attention. The trajectory of its shares’ trading has inspired me to conduct a deeper investigation. I wanted to take a closer look at the difference between selling on the first day of trading versus selling farther down the road. Compiling data from 2020’s ten biggest IPOs by deal size, I uncovered a trend that needs to be shared. The following are the top ten of 2020, listed chronologically and showing IPO or DPO date, opening trade, yesterday’s closing price, and percentage gain:


Again, these companies were selected for this list because they were the ten largest IPOs of last year. They were not “cherry-picked” to bolster any thesis. Nor can their strength be attributed solely to bullishness in the overall markets. Since WMG’s debut on June 3rd, the Dow Jones industrial average is up about 12% in comparison to the average 73% gain of these newly listed issues. Furthermore, I used the opening trading prices --- not the underwriters’ IPO pricing, which would have significantly beefed up most of the percentages. To that point, it is very useful to know that Iron Edge’s pre-IPO pricing has historically come in below the official IPO mark, which in turn is usually bested by the opening trade.

You can’t buy Palantir from Iron Edge VC any longer, but you can now buy the company’s shares on your TD Ameritrade account. If you had a time machine that could take you back eight months, though, I’m willing to wager that we would have been your source. After all, if you could do that, you’d currently be up about 550% by now. The game is far from over, though. With companies like Udemy, Zipline, Rubrik, and many others, we can provide numerous opportunities for to procure your own stake in a variety of private companies before the masses have a chance to drive prices higher. If you would like to learn more, or if you know of anybody else who would, please do not hesitate to contact us by clicking “Get in Touch” below.

All Our Best,
﻿
Paul Maguire, Managing Partner
and
The Iron Edge Team