Get an Edge™ with news content.
Home
>
Blog
>
Time to Get Kraken 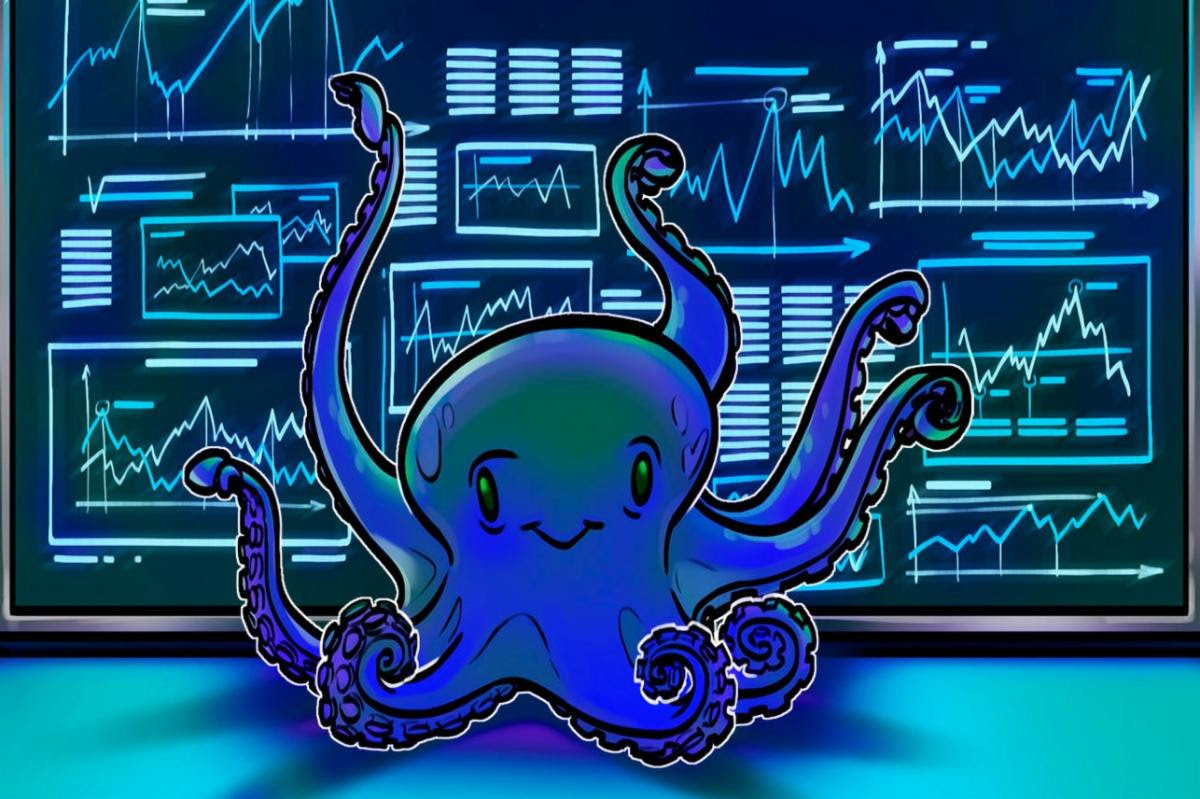 Time to Get Kraken

In the first days of 2009, Satoshi Nakamoto mined the starting block of Bitcoin, known as the “genesis block”. Nakamoto is actually the pseudonym employed by the person or group of people who authored the Bitcoin white paper and created the cryptocurrency, and this establishment of the genesis block can reasonably be considered the birth of an impactful, albeit controversial, trend in finance. The following year, in the first commercial transaction involving Bitcoin, a programmer named Laszlo Hanyecz purchased two Papa John's pizzas for ₿10,000. Today, that many coins would be worth about $460 million, or almost 10% of the value of Papa John’s entire business.

As the price of Bitcoin climbed during its early years, the attention it attracted motivated others to create similar blockchain-based currencies. As a niche industry, “crypto” developed a cult-like following. A widespread belief that this new way of paying for things would eventually replace conventional “fiat” money added to the intrigue and, more importantly, ambitions to enter a growing trend at the ground floor. By the end of 2017, Bitcoin was priced at nearly $20,000, and a full-fledged digital gold rush was afoot.

In hindsight, that moment in cryptocurrency history was a victim of “too much, too fast” exacerbated by a lack of adequate market regulation. The environment was reminiscent of the tech stock boom-and-bust at the beginning of the century. Investors blindly shoveled their money into anything attached to blockchain currency, quite often having no idea what function, if any, individual coins served. After months of cocktail party know-it-alls boasting of their mastery of trendy initial coin offerings (ICOs), a painful crypto selloff began in 2018. One of the more spectacular failures was Bitconnect, a coin attached to the high-yield investment program (also known as a Ponzi scheme) of the same name. Hilariously, Bitconnect even went as far as using a pyramid graphic in its marketing material. As the bubble burst, Bitcoin fell as low as $3,747, a decline of more than 80% from its high. Some believed that the grave had been dug for cryptocurrencies.

Others, though, viewed the plunge as a necessary phase in the evolution of the new market. Indeed, Bitcoin has had a great 2020 and ’21, having traded as high as nearly $65,000 last spring. The fall of crypto scams and so-called “s*** coins” resulting from a higher level of regulatory scrutiny has been a saving grace much welcomed by legitimate crypto operators. Cryptocurrencies, it seems, have survived a bruising round of growing pains, and today they are regarded with a somewhat higher level of trust and familiarity.

Founded in 2011 and 2012, respectively, cryptocurrency exchanges Kraken and Coinbase have been around long enough to witness the rollercoaster ride. They were both firmly established when a competing trading platform called Binance threw its hat into the ring in 2017. Binance was founded by Changpeng Zhao Yi He in China, but it was relocated to the more easygoing shores of the Cayman Islands when the regulatory challenges at home intensified. Binance grew quickly (remember, it was 2017, right in the middle of crypto’s fist big boom), but the 2018 crackdown saw the platform banned in the United States and the United Kingdom. Binance responded by opening the US-compliant Binance.US, but even that platform remains verboten in seven states. What’s more, Binance is currently under investigation by the United States Department of Justice and Internal Revenue Service for money-laundering and tax evasion.

Two conclusions that can be drawn from these little nuggets are that cryptocurrency exchanges are poised to reap massive benefits from the increased trading volume that is likely to result from renewed interest, and embracing regulation rather than running away from it is probably the better long-term strategy. For its part, Coinbase was compelled to adapt airtight compliance in preparation for its debut as a publicly traded company (Nasdaq: COIN). Shares of Coinbase started trading last April, and with that transition from private company status always come requirements of heightened transparency and unassailable adherence to the strict regulations that are designed to protect the retail investing community. Again, bear in mind that tighter regulation is precisely the thing that might have spared cryptos from crashing so hard a few years ago. More important, perhaps, was the recent lifting of the veil that once concealed how lucrative this kind of trading platform can be. Last Tuesday, Coinbase released the earnings report for the second quarter of 2021, and the numbers beat analyst expectations. Revenue came in at $2.23 billion vs. an expected $1.78 billion, and earnings per share measured $3.45 vs. $2.33 expected. Fees collected from higher trading volumes were clearly responsible for most of the windfall.

Astute observers might accuse us of having “selective memory” when discussing Coinbase’s fiscal good fortune. After all, a recent Iron Edge newsletter (Beware the Unfettered Valuation, May 12, 2021) portrayed COIN’s direct listing in a less-then- flattering light:

“At the beginning of last month, we received several calls from people who wanted to get their hands on some Coinbase before that company’s public debut. We conducted the obligatory investigations, and consistently found that the best we could do for buyers would be somewhere in the range of $525 to $575 per share. We even heard stories of people who had paid up to $600 for this one. This would value the company well over $100 billion… could Coinbase really be worth more than General Electric, or almost seven times the value of United Airlines? We weren’t convinced, and we didn’t consummate a single Coinbase deal. Coinbase went public via direct listing in mid-April with a first print of $381, and it managed to break $400 on Day One. It softened quickly, though, trading as low as $250.51 last Thursday. As a direct listing, COIN isn’t subject to insider lockup restrictions but still, those who are “long and wrong” by a factor of more than 50% must be feeling a bit queasy by now. Once again, we are happy not to have that on our collective conscience.”

Our stance on that pre-IPO investment has not changed. We’re still grateful that we didn’t buy into Coinbase at a time when investors in the second market had pumped it up to an unsustainable valuation. When looking at Kraken, though, two important realities come to the forefront. The first reality is that while Coinbase serves a largely retail clientele based in the United States, Kraken focuses on a more institutional-leaning crowd in Europe. Coinbase simply had better name recognition within our borders than Kraken, thereby amplifying the imbalance of demand for Coinbase among American accredited private investors over the supply that was available. The second reality is that Coinbase currently trades on the Nasdaq at a valuation approximately seven times greater than that at which we can offer Kraken. The fact remains, though, that Kraken is Coinbase’s equal in almost every metric, including security and compliance, but Kraken’s user fees are favorable over those of Coinbase. Kraken is, in our view, not a victim of bloated valuation, and the anticipation of continued increases in cryptocurrency trading volume suggests that this platform has a bright future ahead.

Insights like these might prompt shrewd investors to look into scooping up a few Kraken shares with their TD Ameritrade accounts, but that simply cannot be done at the moment. Kraken is a private company, and as such its shares cannot be bought on any public stock exchange. Iron Edge VC can, nonetheless, provide you with access to our Fund that has ownership interests in this company that stands to benefit nicely from the currently unfolding crypto resurgence. If you would like to learn more, or if you know anybody else who would, please don’t hesitate to contact us by clicking “Get in Touch” below.