Get an Edge™ with news content.
Home
>
Blog
>
Topgolf Takes a Mulligan 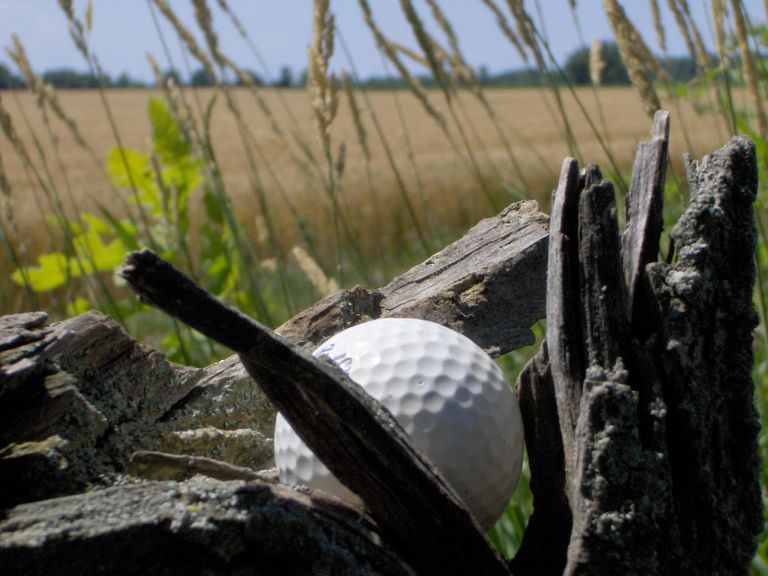 2020 has yet to reach its mid-point, but it has already been a year unlike any we have experienced in modern times. Hard as it may be to believe, we were popping the bubbly a mere twenty-three weeks ago, eager to ring in the new year. Now, millions are calling for a do-over.

Just over two weeks ago, the largest cities in America began to experience large-scale protests, sometimes escalating to violence and destruction, in response to the senseless killing of black Minneapolis resident George Floyd at the hands of a white police officer. The unrest has escalated with a speed and a severity that few would have believed even last Memorial Day. The ultimate death toll and economic impact have yet to be determined, as it remains an ongoing situation.

The longer narrative of this complicated year has been, of course, the coronavirus pandemic and its far-reaching consequences. “Essential businesses” like supermarkets and drug stores have been permitted to remain open throughout the lockdown, while those not necessary for basic survival were told to close up shop. While liquor stores, to the exultation of many, were deemed essential, Dallas-based Topgolf and its nearly sixty locations fell into the latter category. Although many golf enthusiasts take their passion to an extreme, only a small percentage of them are willing to risk exposure to a highly contagious and potentially fatal virus for the opportunity to swing the club day and night. On Tuesday, March 10th, nearly half of all Topgolf outlets closed to encourage “sheltering in place”. The following day, the corporate office hastened the inevitable by announcing the suspension, until further notice, of every Topgolf in the world.

Much of the angst surrounding the spread of coronavirus has been amplified by medical authorities at every level. Notable among these is the World Health Organization. Just last month, WHO official Mike Ryan offered a dire consideration, saying "It is important to put this on the table: this virus may become just another endemic virus in our communities, and this virus may never go away. I think it is important we are realistic, and I don't think anyone can predict when this disease will disappear… I think there are no promises in this and there are no dates. This disease may settle into a long problem, or it may not be." Ryan went on to assert that even if scientists were to develop an effective vaccine, defeating the disease would be a “massive moonshot” requiring a “massive effort” on the part of the world’s population.

As times have begun to appear their bleakest, though, rays of hope are starting to poke through the clouds. Although it has been somewhat eclipsed by more attention-grabbing headlines, a noteworthy story came from WHO earlier this week. The quote, from WHO’s emerging diseases and zoonosis head Dr. Maria Van Kerkhove, holds special significance due to the organization’s typically cautious tone. “From the data we have,” said Van Kerkhove, “it still seems to be rare that an asymptomatic person actually transmits onward to a secondary individual. It’s very rare… We have a number of reports from countries who are doing very detailed contact tracing. They’re following asymptomatic cases. They’re following contacts. And they’re not finding secondary transmission onward.”

To spare you from having to look it up, zoonosis is a disease which can be transmitted to humans from animals. It is unclear whether that specific discipline had been Dr. Van Kerkhove’s girlhood dream, but we digress…

As we repeatedly feel compelled to declare, Iron Edge VC is not dedicated to any politically biased school of thought. Nor are we medical experts. By every interpretation, though, Van Kerkhove’s report is welcome news. The concept of the virus easily spreading from patients who were unaware of their own infection is terrifying, like something lifted from a horror film, and it was the fundamental support for calls to lock down places of business and to “shelter in place”. Although one doctor may not represent the authoritative final answer to such a complicated medical issue, her statement makes way for optimism. Indeed, signs of a return to normality are slowly appearing all around. Places of worship have been allowed to open their doors again. Restaurants in many states have resumed full operation, while other states have granted permission for outdoor dining. People are hitting the beaches again. Barbers have been given the green light to repair thousands of self-inflicted hair calamities. At long last, Topgolf is once more teeing up those little white microchip-enabled balls.

Individual state regulations dictate when local Topgolf outlets are permitted to reopen to the public with additional safety measures in place. A perusal of the company’s location finder reveals that while Topgolf centers in New Jersey, Pennsylvania, Georgia, Virginia and others are still awaiting the go-ahead, it’s game on in Texas, Florida, South Carolina, and many other spots. The result has yet to be seen, but one could imagine that attitudes will be mixed. Some people will be hesitant to attend a venue that has attracted a crowd of potential COVID-19 carriers, while others will be wildly enthusiastic about leaving the house for the first time since Valentine’s Day. It will likely be a process of fits and starts, like the nozzle at the end of a garden hose expelling air pockets along with bursts of water when you first squeeze the handle. Overall, naturally, the company hopes for a speedy return to its pre-COVID prosperity.

Each new Topgolf outlet, with a $20 million buildout expense, generates an average of $30 million in annual revenue. Historical figures reflect this in graphic terms:

Bear these numbers in mind when you visit Topgolf’s website to determine if the location nearest you is open. While conducting research for this article, we noticed among the “TEMPORARILY CLOSED” and “NOW OPEN!” entries a generous scattering of “COMING SOON!” Topgolf venues. In other words, there are many that have yet to cut the grand opening ribbon. As the location count grows, those revenue numbers will climb. After a setback delivered by the pandemic that slowed the progress of many businesses, this golf-themed outfit is taking a mulligan with grim determination. Topgolf is clearly on a mission to enrich its exclusive set of shareholders by bringing in massive returns.

About those shareholders: you probably are not among that group as you read this, unless you’ve invested in Topgolf through Iron Edge VC already. Ownership of Topgolf is not available to the public by conventional means as it is not yet traded at any stock exchange. We can get you in through the front door, though, and provide access, placing you shoulder-to-shoulder with Topgolf’s insiders. Remember that if you wait until the recovery from coronavirus’s ill effects are in full swing, you will have missed the bulk of a buying opportunity. If you would like to learn more, or if you know somebody who would, please do not hesitate to contact us.