Get an Edge™ with news content.
Home
>
Blog
>
Udacity’s Place in a Changing World 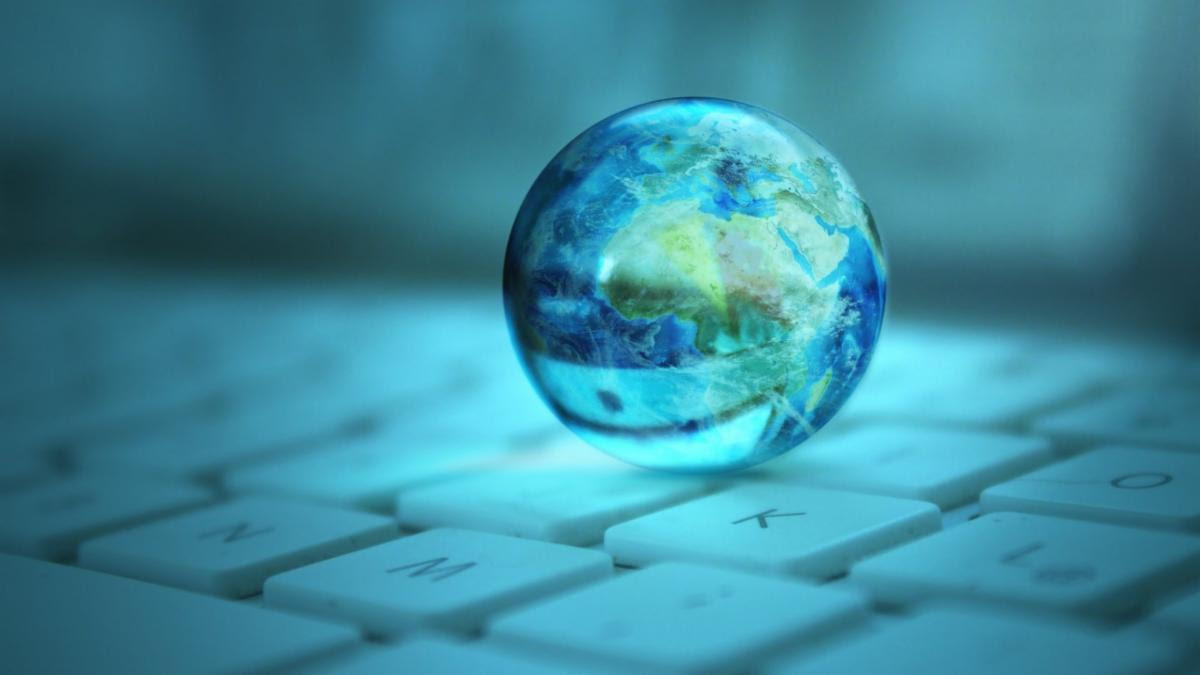 Udacity’s Place in a Changing World

The covid-19 saga that has redefined life on this planet will, at some point, reside squarely in the world’s rear-view mirror. When that glorious day arrives, the pandemic will be remembered for many things besides the obvious consequences of severe economic disruption and a horrific death toll. Phrases like “stay safe” and “… in these challenging and unprecedented times” have attained prominence in all forms of communication. The practices of mask-wearing and social distancing, which seemed absurd to most at the beginning of 2020, became part of the social norm. One day, we will almost certainly be shaking our heads about the fact that a global health crisis had been transformed, with vastly counterproductive effect, into a platform for political mudslinging and societal discord.

Although it is perhaps too early to know for certain, one can easily imagine that some of the broader behavioral shifts will maintain an enduring presence. Usage of food and grocery apps like DoorDash and InstaCart has exploded with people’s unwillingness or inability to enter a restaurant or a supermarket.  Zoom Media has enabled millions from all kinds of professions to work from home. Elementary and high school students throughout regions that experience cold winters fret that they might never again savor the joys of the “snow day” because their teachers have perfected the art of “remote learning”. All of these practices existed, of course, before the dawn of the covid era, but 2020 catapulted them from mostly optional conveniences to the prevailing approaches to eating, working, and learning (not to mention shopping). Again, we can’t be sure how much of this will fall into the clichéd “new normal” category, representing a permanent alteration of what we consider “typical”, but it is safe to assume that much of it will be here to stay. For Educational Technology (or, EdTech) companies like Udacity, this is one of those great benefits that sometimes arise from objectionable circumstances.

Based in Emeryville, California, Udacity is a provider of Massive Open Online Courses (MOOCs). Although the concept of online learning had already been around for decades, the term MOOC wasn’t coined until 2008. That there existed a need for a new terminology specific to virtual classrooms suggests that the idea of education through the magic of the internet was in the throes of an evolutionary growth spurt. Four years later, The New York Times declared 2012 to be the “year of the MOOC” in recognition the establishment of what would soon become the industry’s most influential outlets: Coursera, edX, Udemy, and Udacity. The sentiment, though, might have been a bit premature nine years ago. The MOOC surge of 2020 / 2021 dwarfs any prior year’s advancement. Class Central, a site that aggregates courses from across the entire MOOC industry (think of it as the Expedia.com of EdTech), demonstrates the proliferation in detail. For instance, a third of the people who have registered for MOOCs through Class Central since the site launched a decade ago did so in 2020. Coursera, the largest MOOC operator, rocketed from 8 million users in 2019 to 31 million in 2020, quadrupling its client base to almost 80 million in a twelve-month period. The second largest MOOC organization, edX, was graced with 10 million new registered users last year, a 100% increase from 2019 that brought edX’s total user roster to 35 million.

Neither Coursera, a publicly traded company (NYSE: COUR) nor edX, a nonprofit organization, fits into Iron Edge VC’s investment profile, but Udacity most certainly does. 2020, unsurprisingly, was a big year of growth for Udacity as well. In its more than ten-year history, a quarter of Udacity’s customers discovered the company last year. In the first half of 2020 alone, Udacity’s enterprise and government bookings increased by a margin of 260% in annual recurring revenue. Udacity’s Enterprise team closed a record number of seven-figure transactions across multiple regions last year as it more than doubled its roster of enterprise customers, including some of the largest employers across the globe. More customers are signing multi-year license contracts with Udacity. Clearly, the world’s biggest enterprises have concluded that Udacity’s programs deliver a highly effective long- term solution to their workforce transformation strategies. Separate from its enterprise and government arm, Udacity’s consumer business grew by 60% last summer.

The enterprise and government figures, and the many millions in income they deliver annually for the company, are particularly important to Udacity’s bottom line. The abundance of large-scale contracts illustrates an important distinction between Udacity and most other MOOCs. What separates Udacity from the others is its extremely specific concentration on vocational instruction. Whereas Coursera’s and edX’s offerings more closely resemble a liberal arts college’s curriculum, Udacity’s mission is to supply its users with the tools that will open doors to technology careers, and to provide “upskilling” to those already employed in tech. Udacity’s certifications, or “nanodegrees”, have one purpose, which is to enhance the learner’s proficiency and expertise in the areas in which the most prominent employers are experiencing the greatest need at a given point in time. Their content, in fact, is created through collaborations with companies like IBM, Google, Slack, and countless others. Udacity’s nanodegree in self-driving car engineering, for instance, is sponsored by Mercedes-Benz, Uber, Nvidia, DiDi Chuxing, and McLaren Applied Technologies. These companies not only support Udacity’s program, but they also write the content with their own needs in mind. The nanodegree, then, equips the learner with precisely the knowledge needed to land a job at one of these companies. Picture two eager applicants competing for a Data Science position at Palantir. One boasts a four-year degree at MIT, and the other earned high marks at a slightly lower-profile university, but also completed the nanodegree program built specifically for the open job position. We will bet big on the latter candidate. For this reason, Udacity has a stronger and better-defined purpose than other EdTechs. It cuts through the noise and gets straight to business by arming determined jobseekers with the intellectual resources that will land them the gig. The seven-figure enterprise contracts to which we earlier alluded come from corporations that recognize the wisdom in allocating funds toward professional development among its workers.

Udacity’s quickly established track record of capturing corporate dollars, and the obvious potential for this revenue stream to grow exponentially, has captured the attention of the shrewdest investors in venture capital. Hercules Capital, Bertelsmann, Andreessen Horowitz, and Baillie Gifford are among the renowned players that have pitched in to Udacity’s $235 million in funding to date. Just over five years ago, Udacity officially became a “unicorn” after a $105 million Series D round that valued the business at $1 billion. It fixed Udacity’s per-share price at $7.55 (today, we are seeing trades in the second market above $8.00). Udacity has been cash-flow positive for more than a year, which we see as one of the very best indicators of good fiscal health. According to Udacity founder and Executive Chairman Sebastian Thrun, the cash-flow positivity and the consumer base continue to “grow aggressively”. These factors are irresistible to large-scale private equity investors, so it is certainly not a reach to expect that more funding, and a more robust valuation, might lie in Udacity’s immediate future.

As a benchmark for how Udacity might perform as a public company, Wall Street analysts are looking, naturally, toward Coursera. Coursera does around $280 million in revenue. The stock trades at 18X revenue, valuing the company at approximately $5.5 billion. An 18X multiple applied to Udacity’s $125 million in revenue would spell a valuation of about $2.25 billion --- well over $15 per share. Incidentally, three months after Coursera rang the opening bell, all of their pre-IPO investors are up more than 100%.

At Iron Edge VC, we have selected Udacity to be one of our most significant investments of 2021 specifically because it is a solid company whose lower name recognition (compared with, say, ByteDance or Stripe) has prevented its valuation from being hoisted artificially into the stratosphere. Second market investors are not “chasing” Udacity, so its share price is still quite attractive. It remains to be seen how long this opportunity will last, though, as Udacity is likely the best remaining option for private company investors who are confident that the EdTech sector has an especially bright outlook. We feel that what we are currently witnessing is just the beginning of a redefining global shift in education, and Udacity is one of the very few undervalued companies remaining in the space.

As a privately held company, Udacity’s shares are not yet available to the investing public. Fortunately, though, your friends at Iron Edge VC can deliver your piece of this promising enterprise through our investment fund before the masses have the opportunity drive up the stock price. We have witnessed a gradual and steady increase in Udacity’s pricing, but at the moment it is still early enough in the game to beat the real rush. If you would like to learn more, or if you know of anybody else who would, do not hesitate to contact us by clicking “Get in Touch” below.

Those who have been watching closely know that while they were still in the “private” phase of their corporate evolution, Social Finance, Inc. (aka SoFi) was Iron Edge’s top pick, mainly for the innovation, leadership, and valuation reasons we have been discussing here. Yesterday, SoFi shares were made available to the broader investing public with the completion of a SPAC merger (Nasdaq: SOFI). Iron Edge VC heartily congratulates the many clients who took faith in our SoFi diligence, and are watching the ticker climb. Please take a moment to enjoy this clip from CNBC yesterday, in which SoFi CEO Anthony Noto neatly illustrates why we have always loved this company so much.